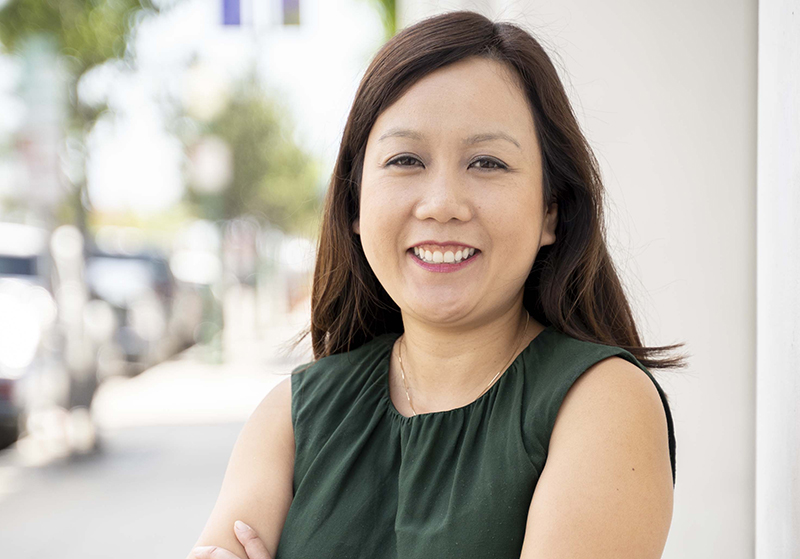 Trinh Le (she/her/hers) is one of five children from a Vietnamese refugee family and grew up in a low-income, immigrant, single-parent household. She holds a dual bachelor’s degree in Sociology and Asian American Studies from UCLA. She has organized in diverse communities in Los Angeles, Bay Area, and the Mississippi Gulf Coast before coming back to San Diego.

As the Mid-City CAN's Organizing Director, Trinh oversees Mid-City CAN's organizing campaigns on transportation justice, police accountability, and justice reform. She manages the organizing and policy team. Previously, she has worked for the Center on Policy Initiatives, Pacific Arts Movement, Little Saigon Foundation, and the ACLU of San Diego & Imperial Counties. Over the past decade, Trinh has been on the boards of the National Asian Pacific American Women’s Forum (NAPAWF) San Diego chapter, Mid-City CAN, San Diego Leadership Alliance, Viet Vote, and Asian Solidarity Collective.

Trinh received the “Most Valuable Organizer of the Year” award by the New Organizing Institute in 2013, a commendation by the City of San Diego Human Relations Commission in 2015, and she was one of the eight recognized “Present Day San Diego Women Civil Rights Leaders” by Rise San Diego in 2017. She earned her Master’s degree in Nonprofit Leadership and Management from the University of San Diego. When she has free time, she is either spending it with her family and friends, at the dog beach, tending to her succulent garden, doing yoga, or catching Pokemon.