SAN DIEGO – Today, Mayor Kevin Faulconer announced in a press conference his choice of Assistant Chief David Nisleit as the City of San Diego’s next Chief of Police.

The Coalition for Police Accountability and Transparency (“CPAT”) released the following statement:

After a year of grassroots advocacy for an open, transparent and community-centered selection process for determining the next Chief of the San Diego Police Department,  CPAT looks forward to both the public hearing and confirmation hearing mandated in Council Policy 300-08.

The purpose of the public hearing is to allow San Diegans an opportunity to comment on Assistant Chief David Nisleit’s qualifications. However, Nisleit is not required to attend this hearing.

Therefore, CPAT urges Nisleit to attend a second public meeting that we propose will occur prior to the confirmation hearing.  In this meeting, we invite Nisleit to engage with concerned San Diegans about his vision for policing. It is imperative that the next Chief of Police be willing and able to address our city’s diverse public safety needs. Is he committed to community-based policing? Is he committed to ensuring diversity in the police ranks, to addressing racial profiling, and to implementing restorative justice practices throughout the SDPD? These recommendations were repeatedly offered in the community forums held early in the selection process.

Finally, CPAT calls on Mayor Falconer to release names of all the finalists for this important position and how they ranked in the selection process. This will provide San Diegans a clear picture of Nisleit’s standing in comparison. 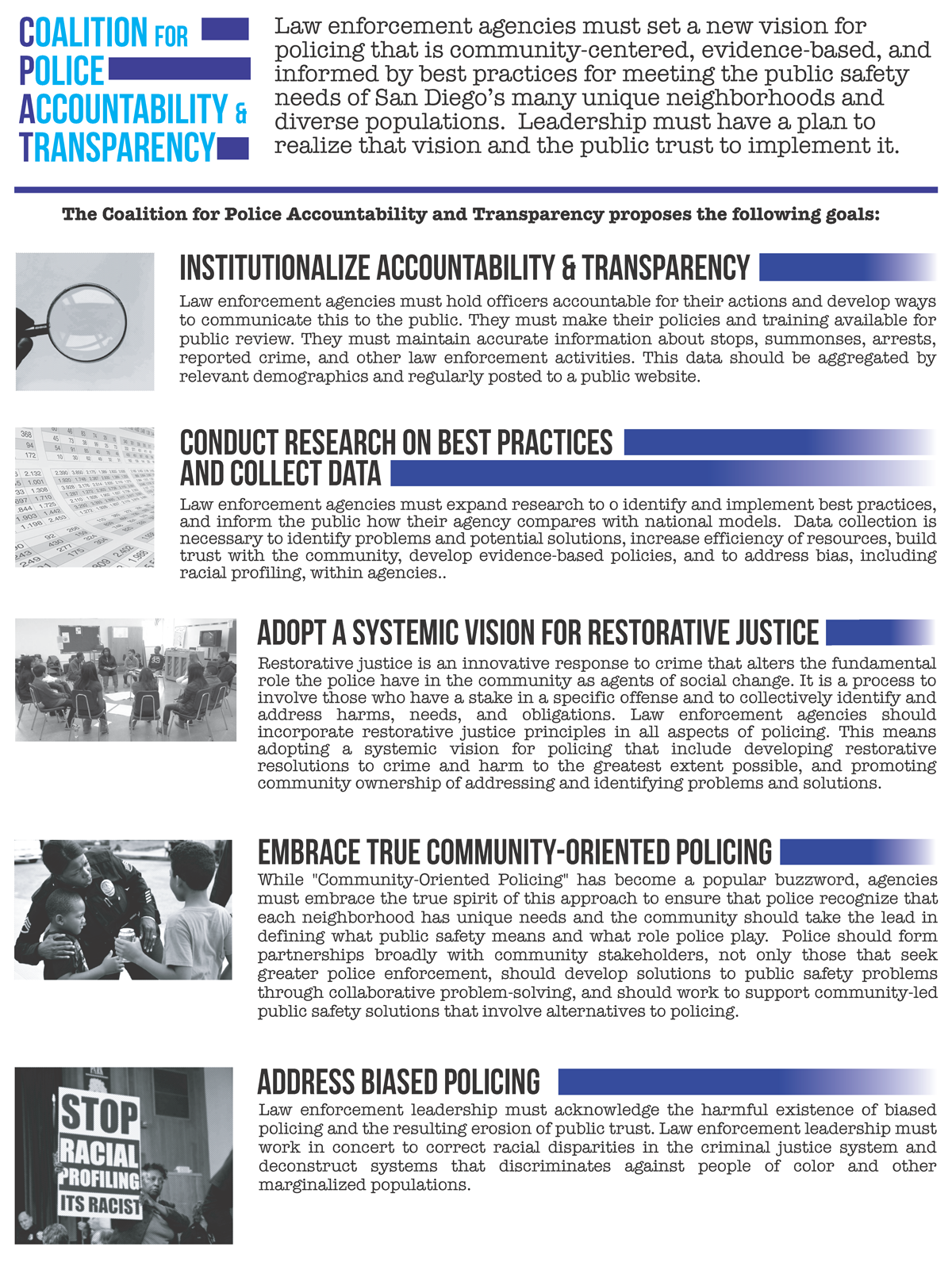 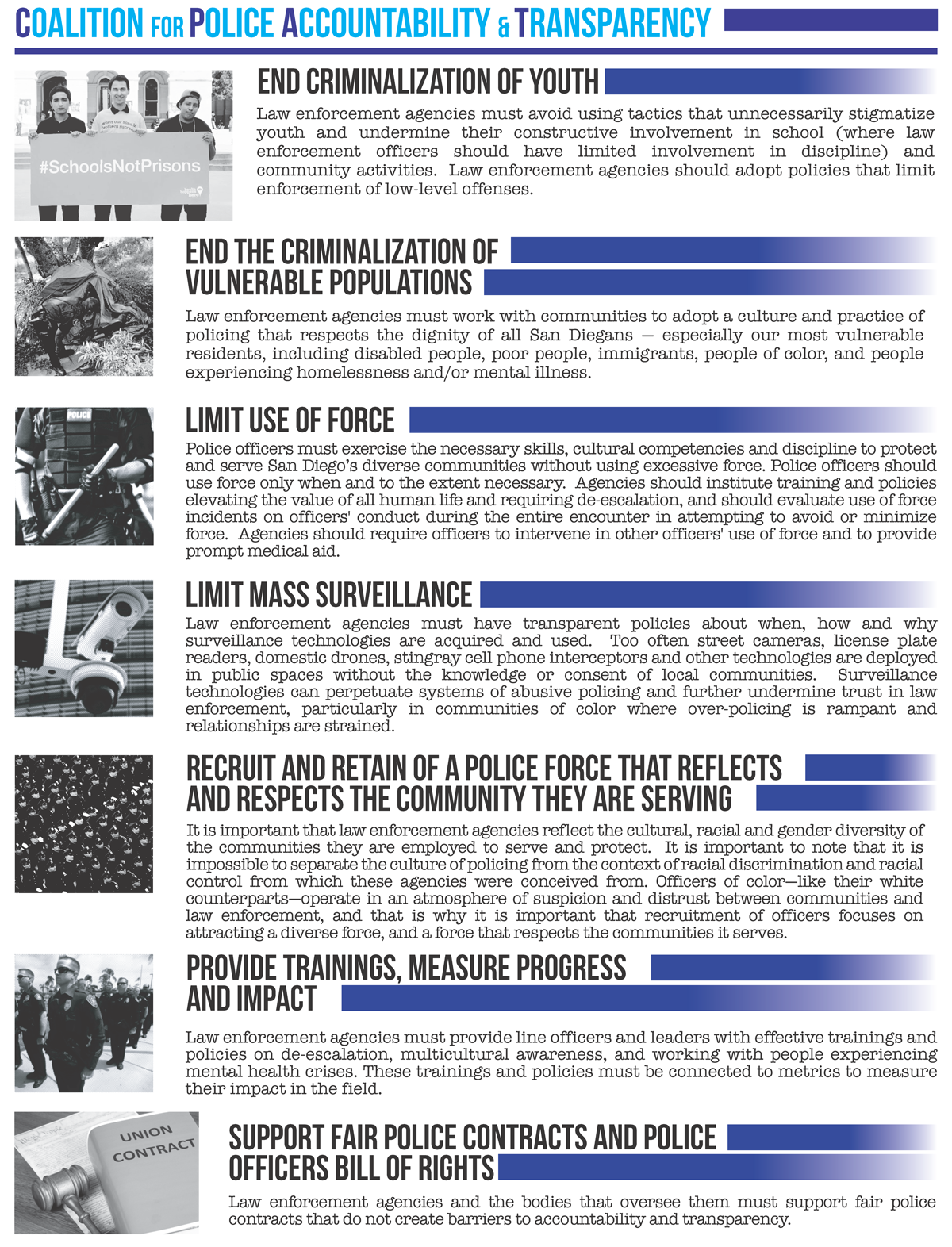