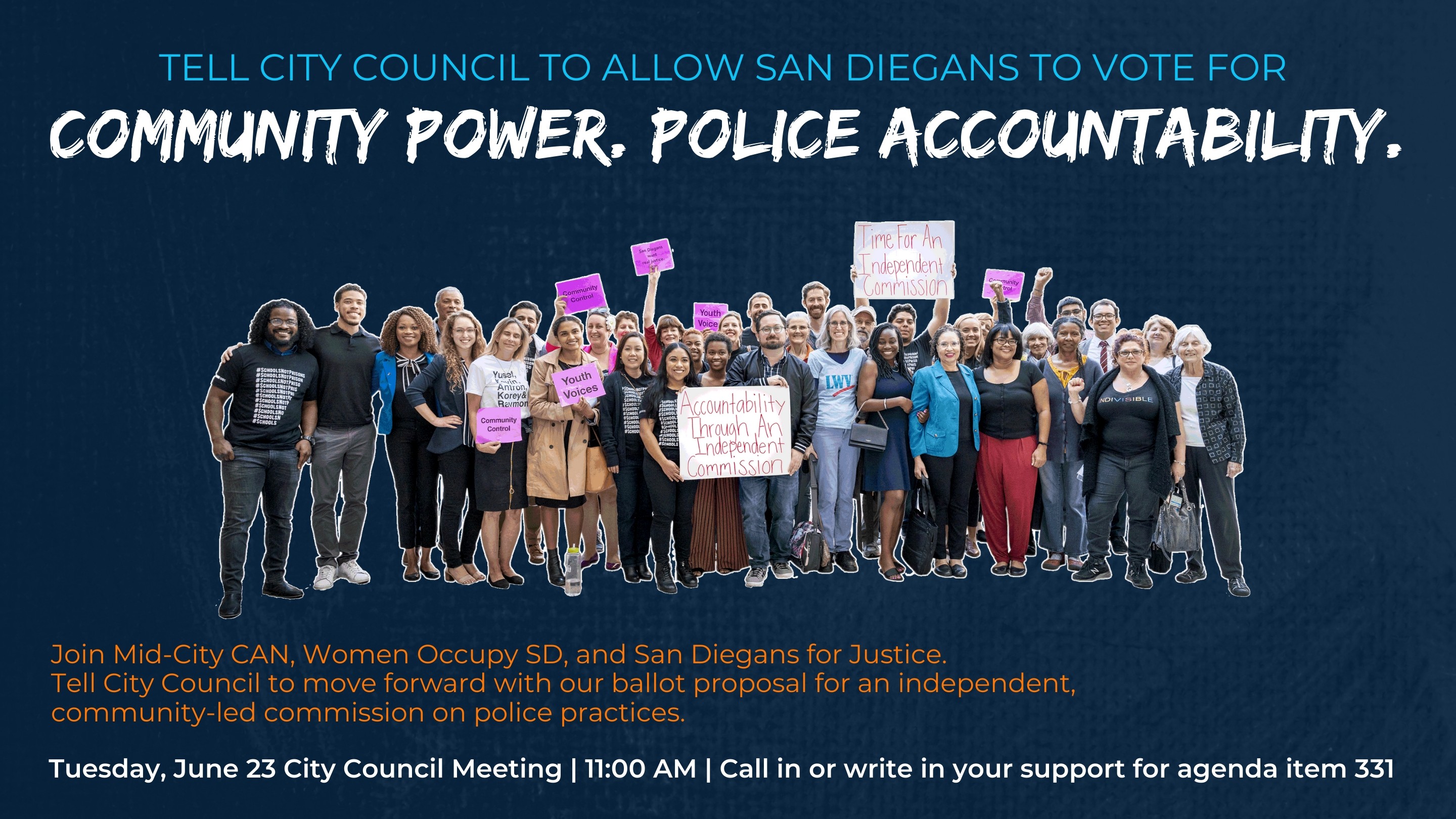 Mid-City CAN's Youth Council joined Women Occupy San Diego and San Diegans for Justice in 2019 to introduce a ballot proposal that would create an independent, community-led commission on police practices in the City of San Diego. After moving through many stages, it is now time for City Council to support the ballot proposal in its final steps and allow San Diegans to vote on the proposal in the November 2020 ballot.

2 WAYS YOU CAN SUPPORT THE BALLOT MEASURE ON TUESDAY, JUNE 23

SAMPLE SCRIPT FOR YOUR PHONE TESTIMONY OR E-COMMENT

I support agenda item 331 and urge City Council to vote "yes" to support this ballot proposal for an independent commission on police practices.

An extensive community effort and years of organizing have brought to the San Diego City Council this ballot proposal for an independent commission on police practices with independent legal counsel and independent investigative and subpoena power.

In 2018, our City Council failed to place this proposal on the ballot—today, City Council must support public safety for all communities by ensuring this ballot proposal qualifies for the November 2020 ballot.

For too long, Black, Indigenous, and other communities of color have been harassed, harmed, and killed by the police. This must end now. We all deserve to be safe in our own community.

The national outcry and local efforts against police violence should be a wake-up call for our City Council to act NOW to create systemic changes that uplift and protect Black and Brown communities and hold the police to high standards of accountability.

Please vote "yes" on agenda item 331 to move this ballot proposal out of the meet-and-confer process and to pass the resolution with the commitment to place it on the November 2020 ballot. Thank you. 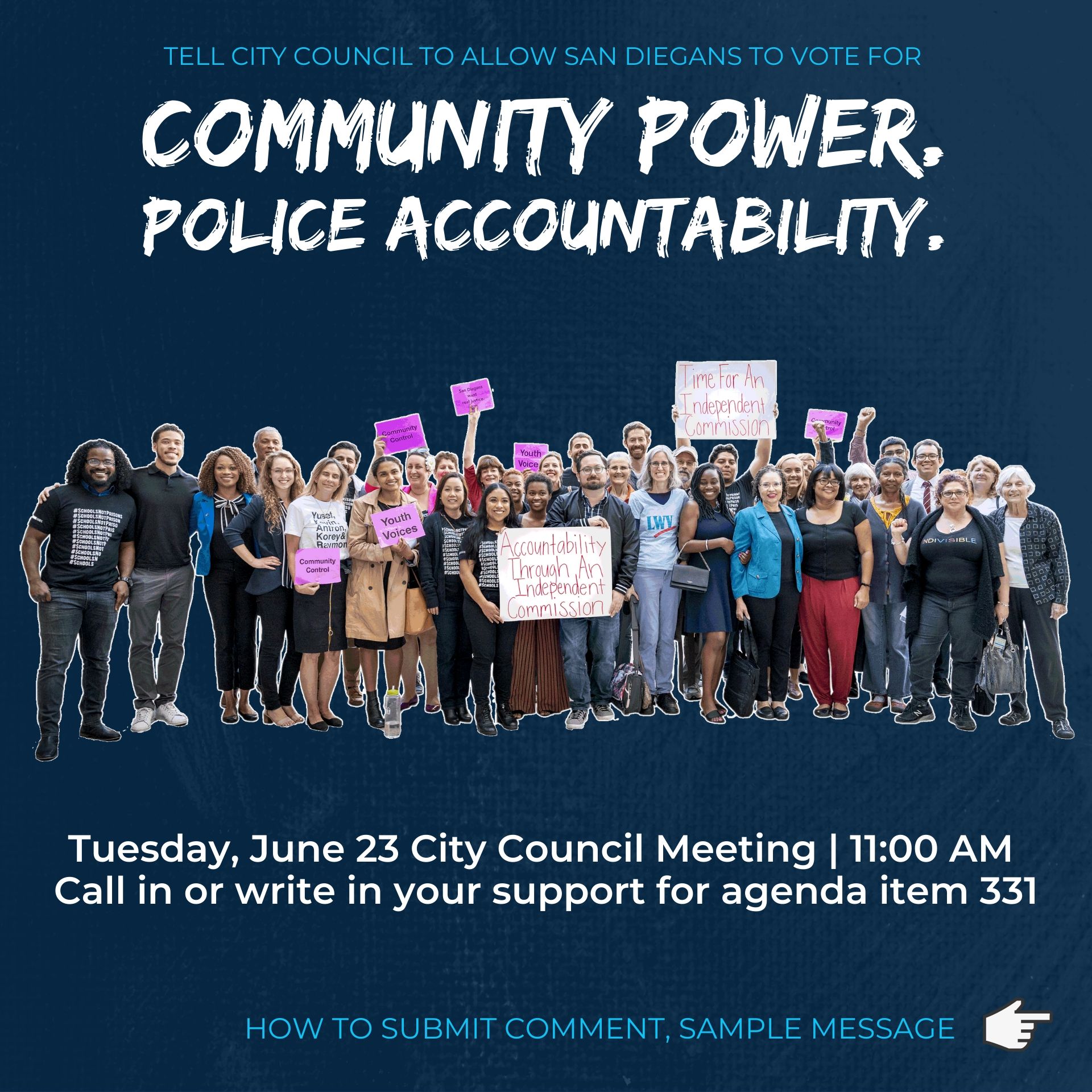 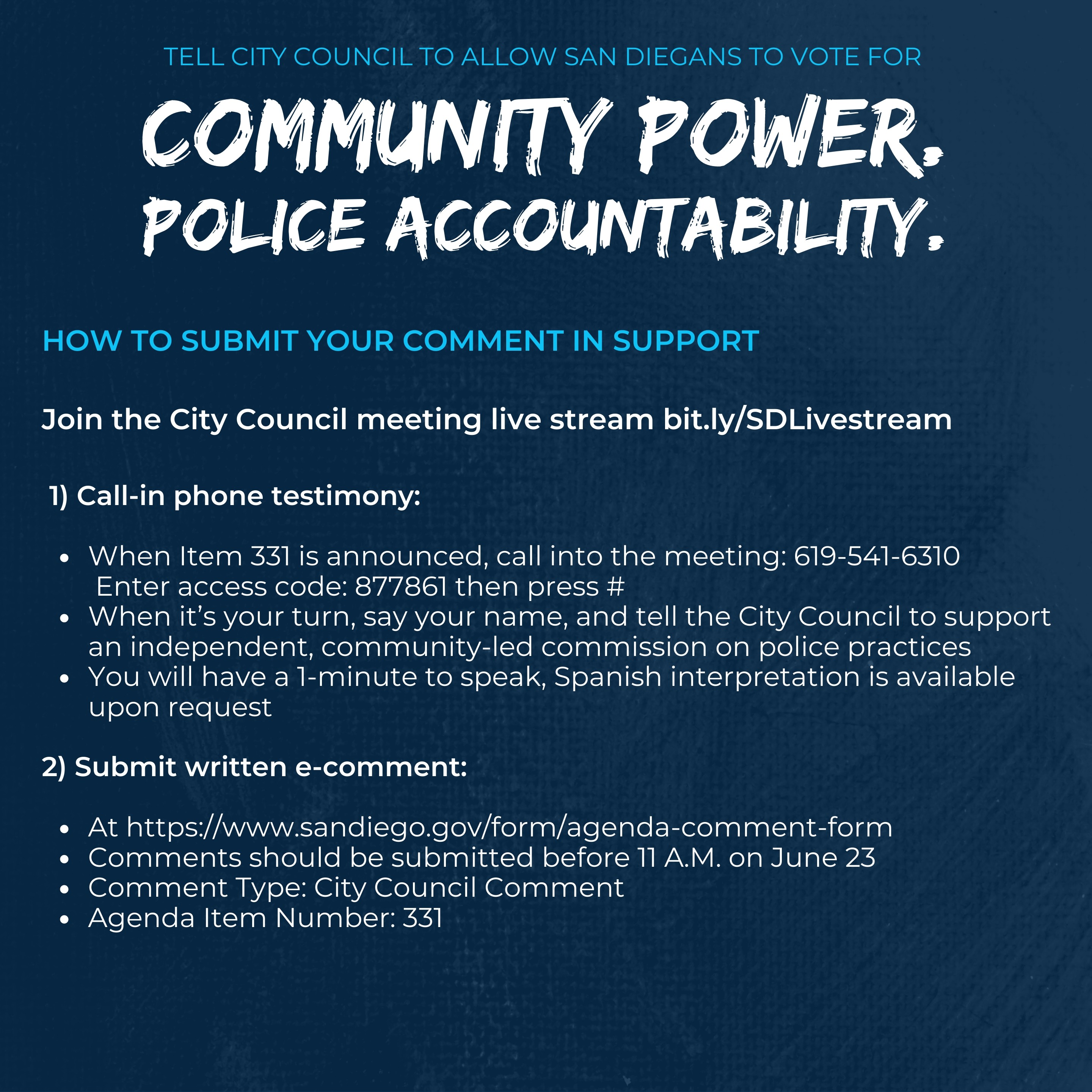 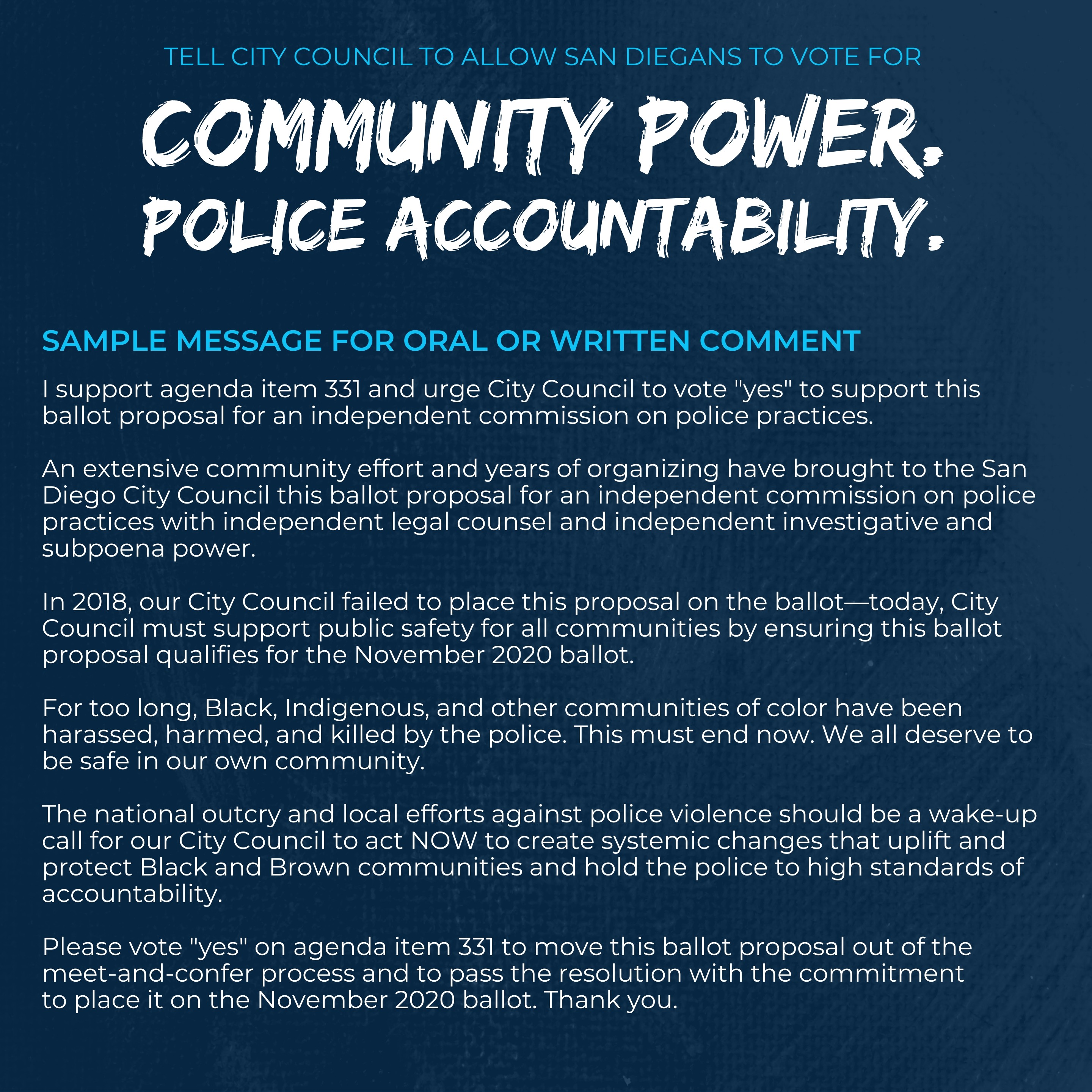