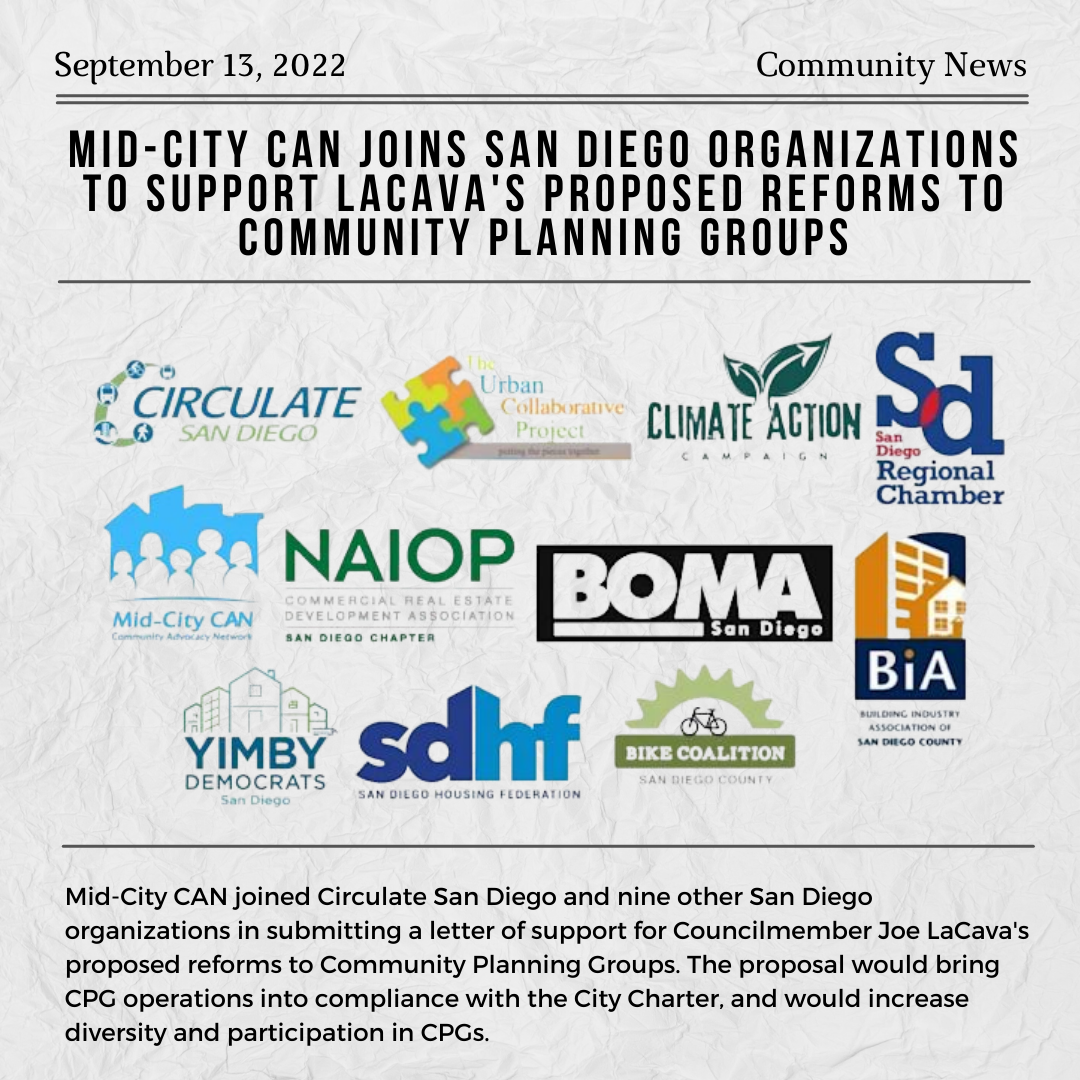 Wonderful news to share regarding the reforms to Community Planning Groups:

San Diego City Council voted 6-1 on Tuesday to adopt reforms to Community Planning Groups put forward by Councilmember Joe LaCava. The reforms will encourage diversity within the groups, prohibit some antidemocratic practices, and bring them into compliance with the City Charter.

The reforms are a major breakthrough after of years of advocacy led by Circulate San Diego. Mid-City CAN joined Circulate and nine other San Diego organizations in submitting a letter of support for LaCava's proposed reforms on September 12.

Mid-City CAN joined Circulate San Diego and nine other San Diego organizations in submitting a letter of support for Councilmember Joe LaCava's proposed reforms to Community Planning Groups (CPG). The proposal would bring CPG operations into compliance with the City Charter, and would increase diversity and participation in CPGs.

Background:
Over the past several years, calls for the City to consider reforms to Community Planning Groups have come from many sources, including the San Diego County Grand Jury, the City Auditor, the Land Use and Housing Committee of the San Diego City Council, and Circulate San Diego.

The Grand Jury Report found that membership of some CPGs is not sufficiently diverse to represent their communities. Some CPGs currently create inappropriate restrictions for democratic participation, limiting community members’ ability to vote and participate in elections.

The current structure of CPGs is illegal. The City Attorney has opined that the current format of CPGs is inconsistent with the City Charter, and must be changed. The City Attorney opinion validated issues first raised by Circulate in an April 2019 memo which explained that the City Charter requires advisory boards like CPGs to be appointed by the Mayor.

Read the full letter to Mayor Todd Gloria and the City Council by clicking here.