On Monday, February 26, Assistant Chief David Nisleit was confirmed by City Council as the new chief of SDPD. Mid-City CAN recognizes the year of community-led advocacy to create an open and transparent process in the selection of the new chief. From the allocation of $100K by the city for a nation-wide police chief search to the creation of six community forums, the search process was more transparent and inclusive than ever, thanks to you! 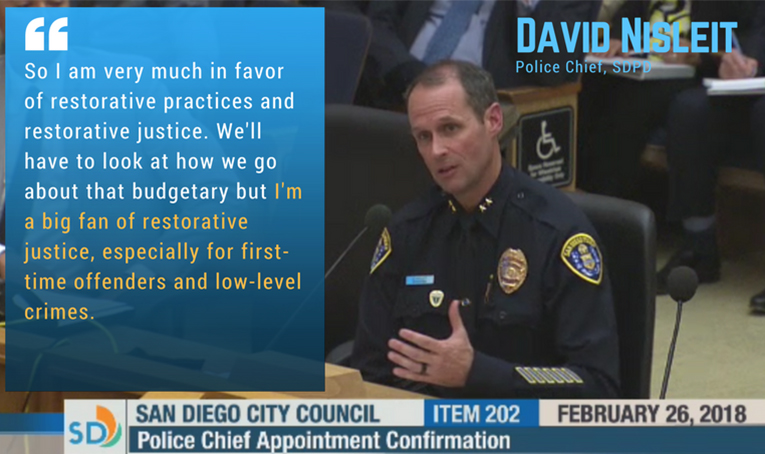 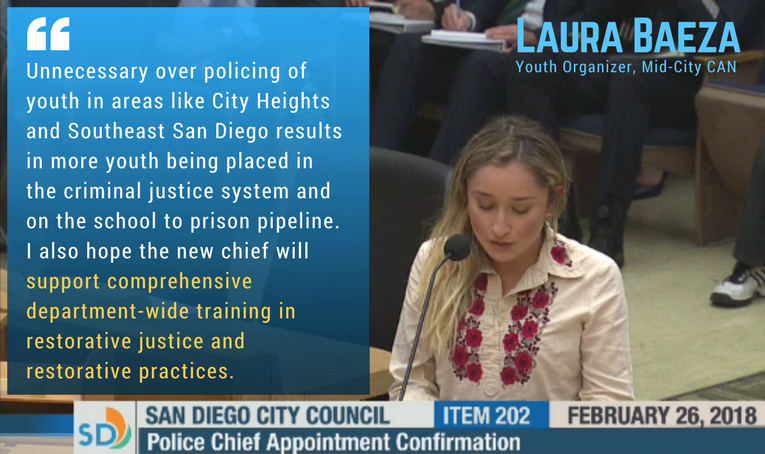 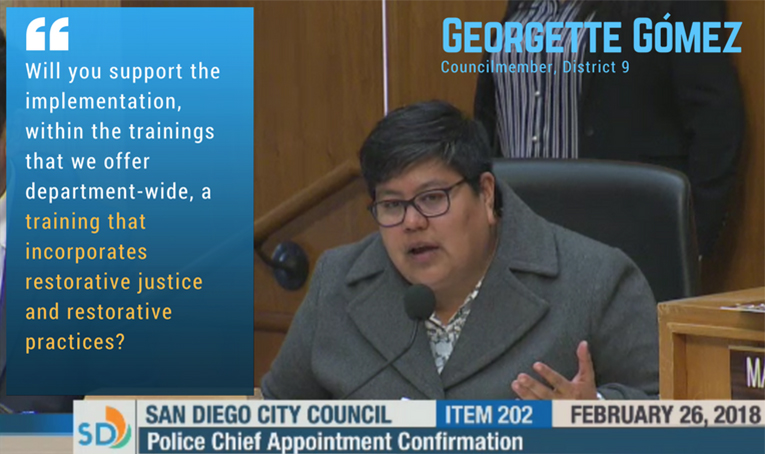 Mid-City CAN is ready to work with Chief Nisleit to expand restorative justice and restorative practices as the primary ways to address harm and trauma in San Diego.

Our current criminal justice system is like an exceptionally difficult maze, with too many paths in and too few ways out, especially for youth. Youth need a police chief who will take meaningful action, through policy and budget decisions, to redesign the system into a restorative system rather than a criminalizing one.

We urge Chief Nisleit to join us in advocating for the allocation of $300K from the city budget for restorative justice training for officers serving the Mid-City region, to work toward integrating a restorative approach into daily operations, and to sign a memorandum of understanding to join the Restorative Community Conferencing Steering Committee (RCCSC).

While it’s too early to tell if Chief Nisleit's will act on his expressed support of restorative justice, Mid-City CAN and our partners in the RCCSC and the Coalition for Police Accountability and Transparency are hopeful that he is ready put his words to action.

“I just want to say to the chief that we’re ready to meet with you and work with you and move this city forward and we’re also ready to hold you accountable when you’re not doing the right thing so thank you so much,” said Norma Chavez-Peterson, Executive Director of ACLU San Diego & Imperial Counties during Chief Nisleit’s confirmation hearing.