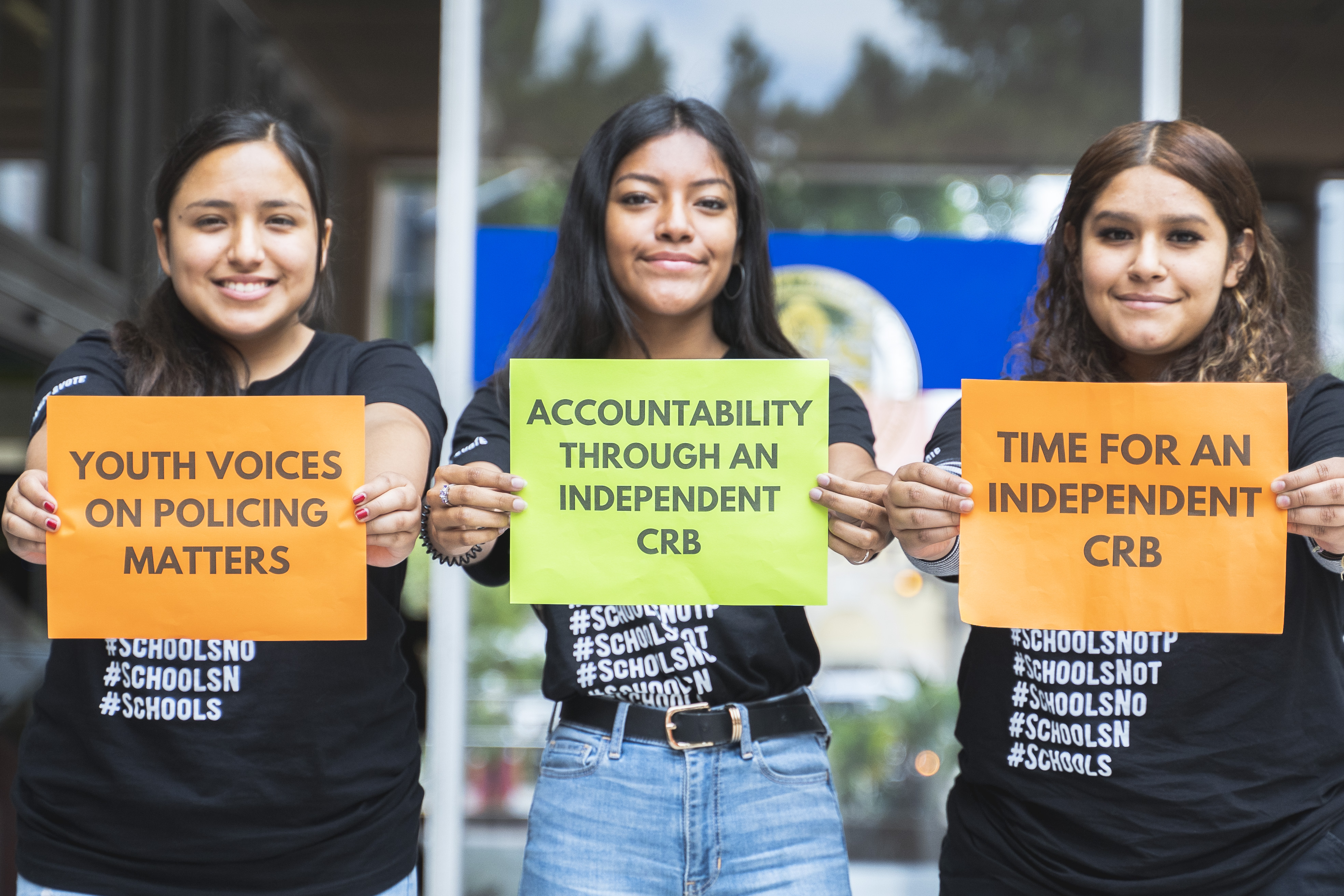 Why is it that the first encounter youth in our communities have with police is being profiled rather than feeling protected?

The San Diego Police Department utilizes targeted policing practices, which disproportionately affect communities of color. Curfew sweeps strategically implemented in specific communities’ areas directly inflict monetary and emotional trauma upon youth of color, through fines and arrests. Imagine being a high school student trying to get home after a night of working or studying with friends and being put in handcuffs and arrested because you were caught in a random curfew sweep. Imagine a system where a person accused of a crime is also responsible for investigating their own misconduct. The flaw in such a system is obvious, yet that is the flawed police oversight system that currently exists. The San Diego Police Department Internal Affairs division reviews all resident complaints of officer’s misconduct, which includes use of force, brutality, and harassment cases.

In order to restore trust between police and communities, Mid-City CAN's Youth Council advocates for the creation of an independent community-led commission on police practices. Mid-City CAN believes that an independent commission reflective of our diverse communities, with youth representation, is vital to establishing trust between law enforcement, and the communities they are assigned to protect.

Let us know below if you support an independent community-led commission on police practices. We will keep you updated with opportunities to get involved with our campaign.