On July 11, 2017, the San Diego Unified School District unanimously voted to adopt the School Climate Bill of Rights put forth by the Mid-City CAN Peace Promotion Momentum Team.

To afford all students the best possible opportunity to succeed academically and socially, the School Climate Bill of Rights seeks district-wide implementation of restorative programming principles and processes over traditional punitive discipline methods. This is a major shift from the current discipline policies that disproportionately result in suspensions, expulsions, and arrests of youth of color, more specifically, Latino, African-American, and youth of African origin.

"What you are doing here tonight is changing the future of schools in this community," said President of the school board, Richard Barrera, to the students involved in the creation of the bill of rights. In contrast with oppressive traditions and institutions like the incarceration system, Barrera added, schools are part of a tradition of “lifting people, opening up opportunity, and making us a more just community and a more just society.” 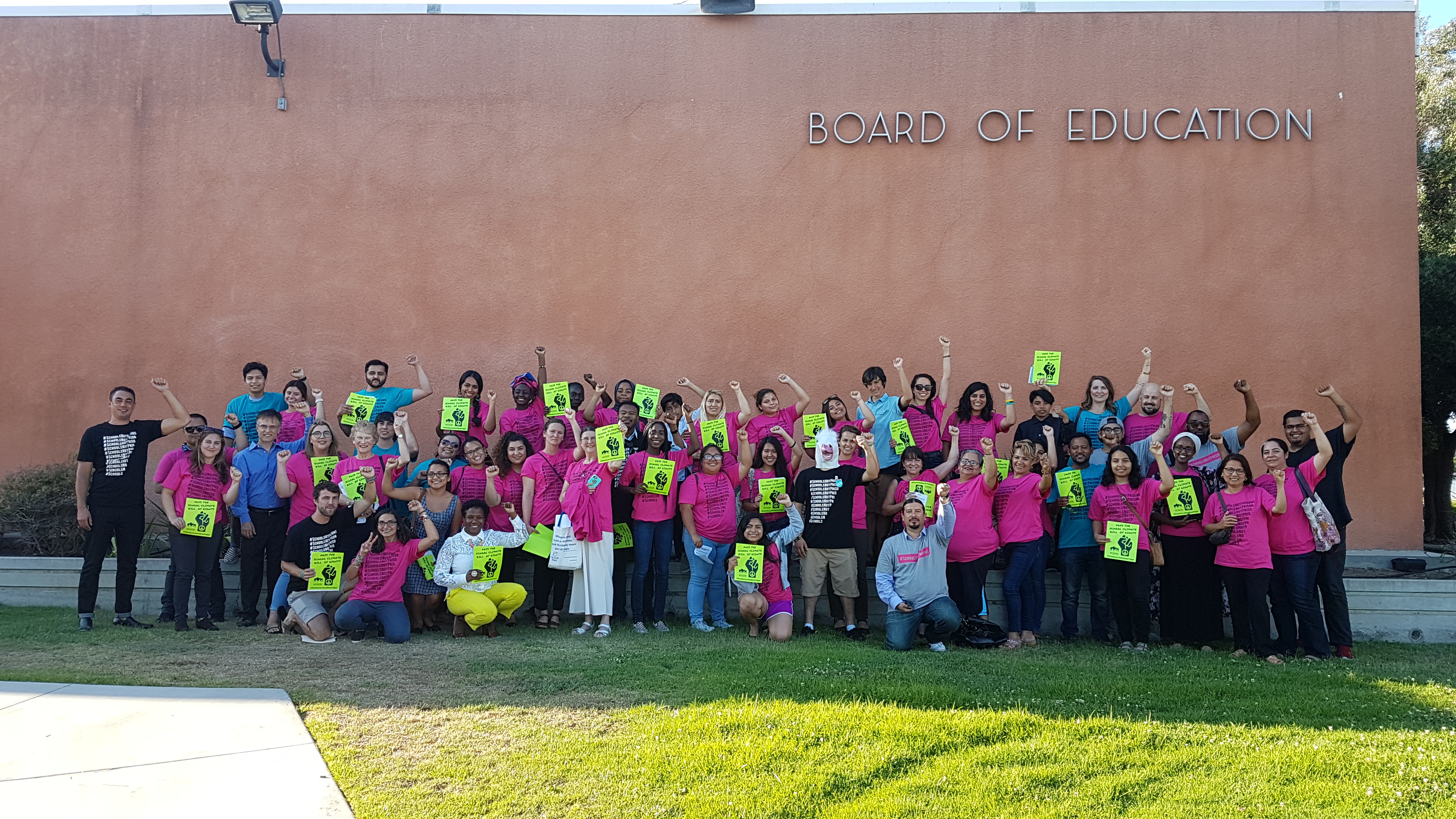 Too often, youth are funneled from schools to the prison system from an early age.

A preliminary report of the American Bar Association’s Joint Task Force on Reversing the School-to-Prison Pipeline addresses three major factors leading youth to the criminal justice system: the criminalization of school discipline, the increased presence of law enforcement officers in schools, and implicit bias in decision-making.

The School Climate Bill of Rights—a set of 6 essential rights for students, parents, and staff—addresses these three issues at SDUSD with an emphasis on comprehensive training and development, transparency, evaluation, as well as a Restorative Practices Advisory Committee made of students, parents/guardians, and educators. 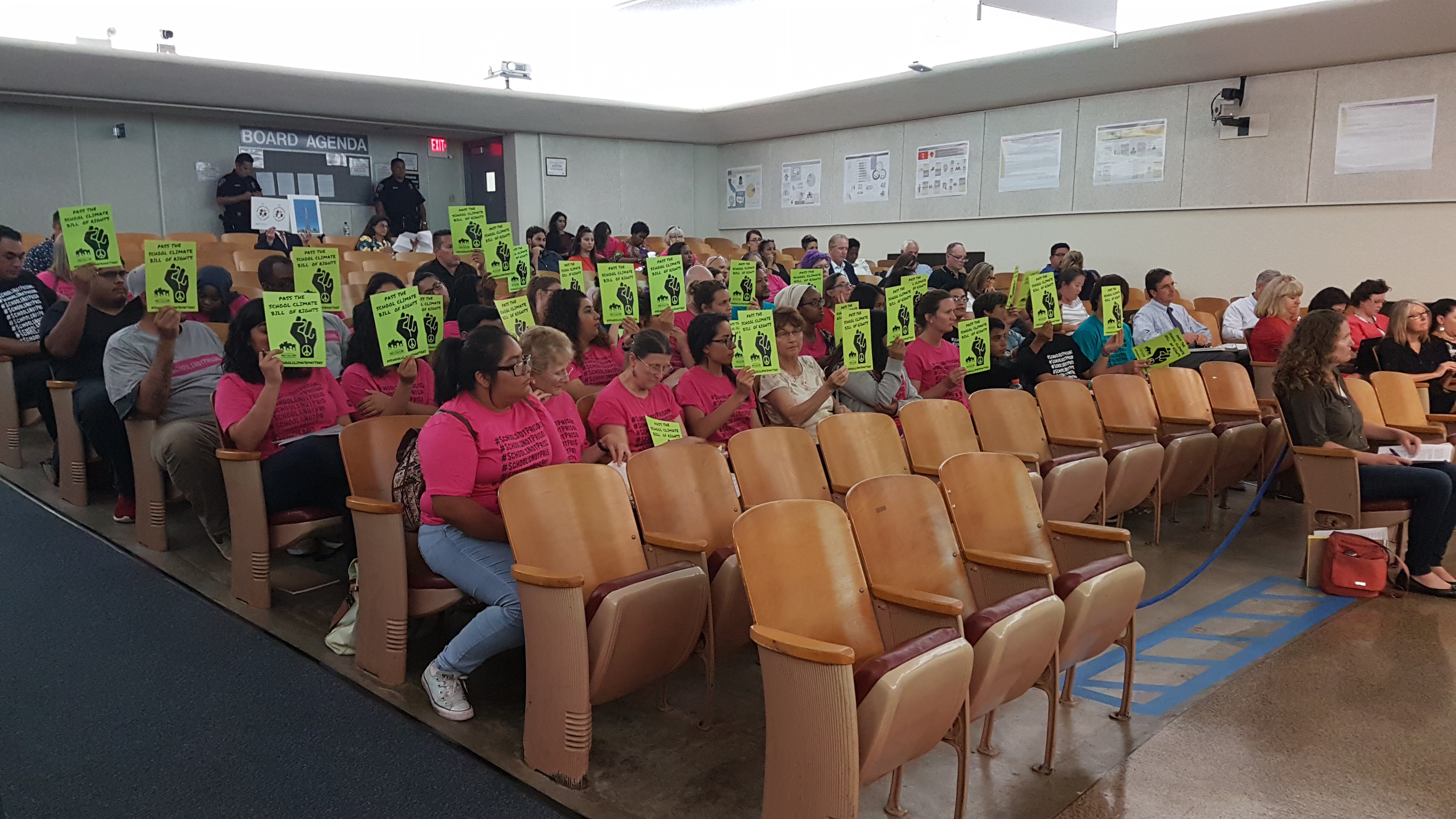 The bill of rights comes at a pivotal time with the creation, earlier this month, of the school district’s Department of Restorative Practices.

School districts across California that have implemented restorative practices programming, such as Oakland, San Francisco, and Los Angeles have seen a decrease in suspension and expulsion rates. In San Diego some high schools, including Crawford, Lincoln, and Hoover have already implemented pilot programs and the School Climate Bill of Rights provides a platform for uniform implementation of restorative practices across the district.

Hilda Graciela Uriarte, Community Organizer with ACLU and member of the Peace Promotion Momentum Team commended the school district’s “commitment to practices that increase fairness, improve communication, and promote positive problem-solving mechanisms.” Uriarte also urged the board to allocate the necessary of funds to successfully become a restorative district.

"We hope in the future this commitment [to restorative practices] is solidified by budget choices that prioritize investments in these types of practices, counselors, and restorative justice strategies, and away from punitive measures," said Uriarte. 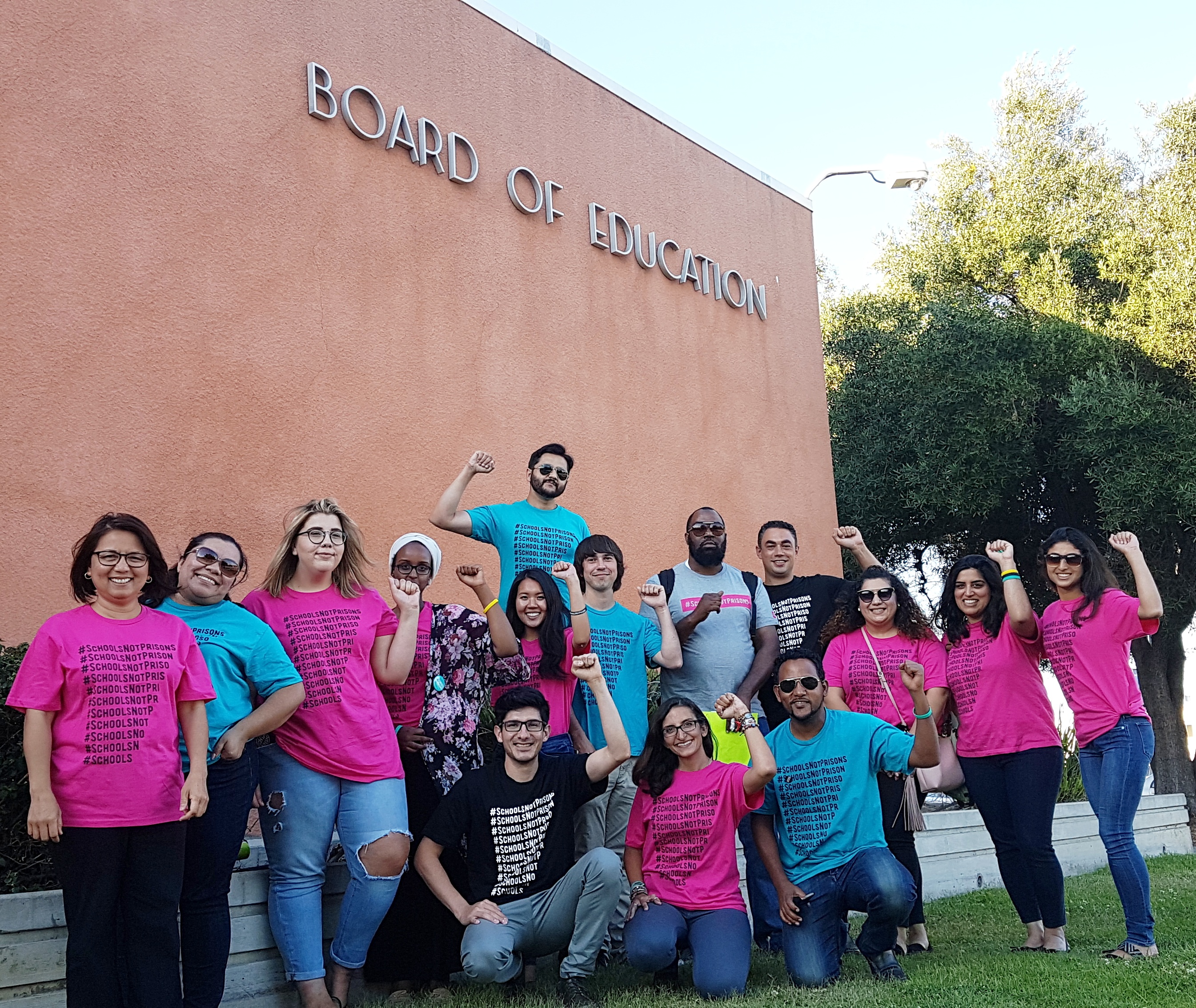 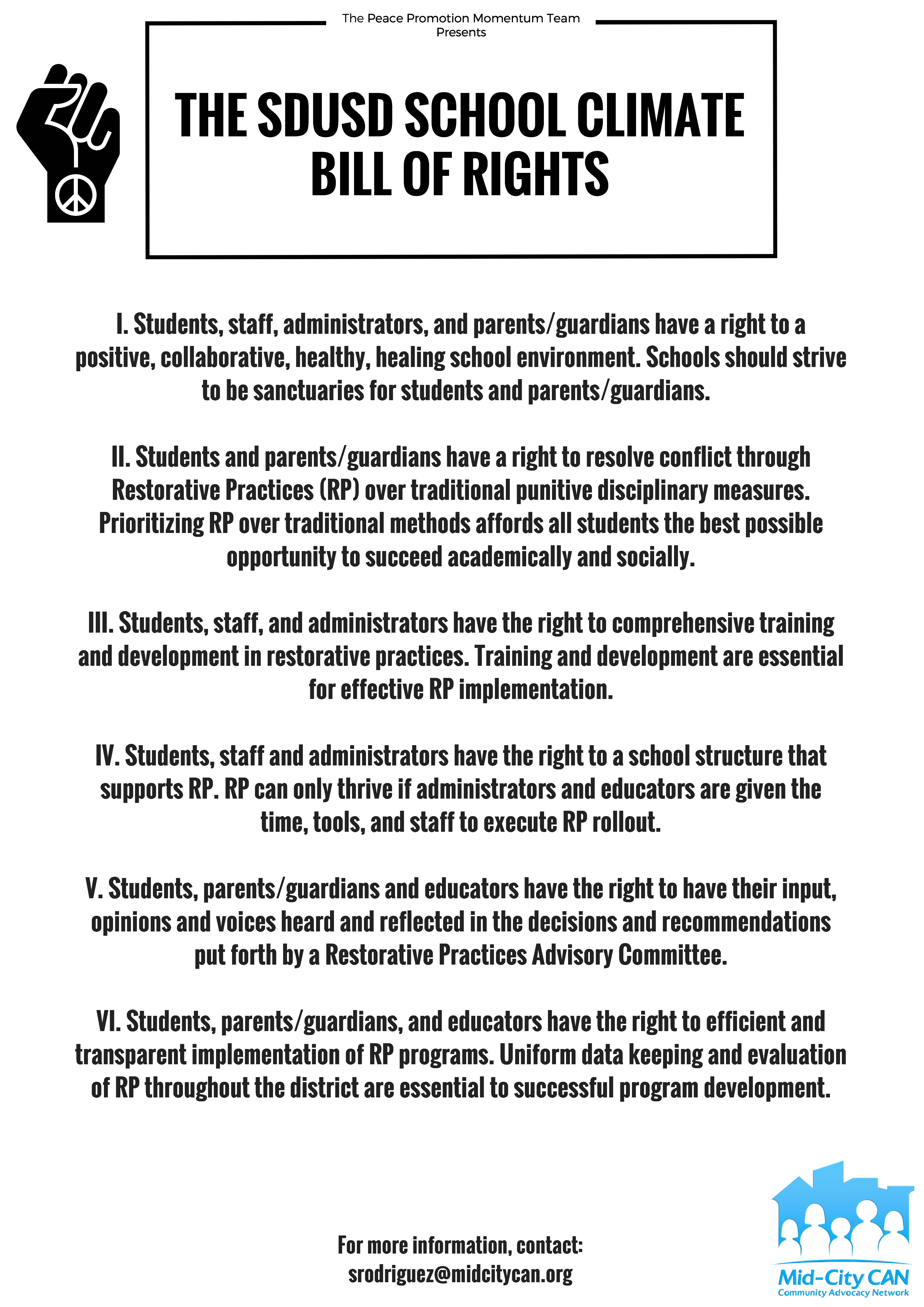