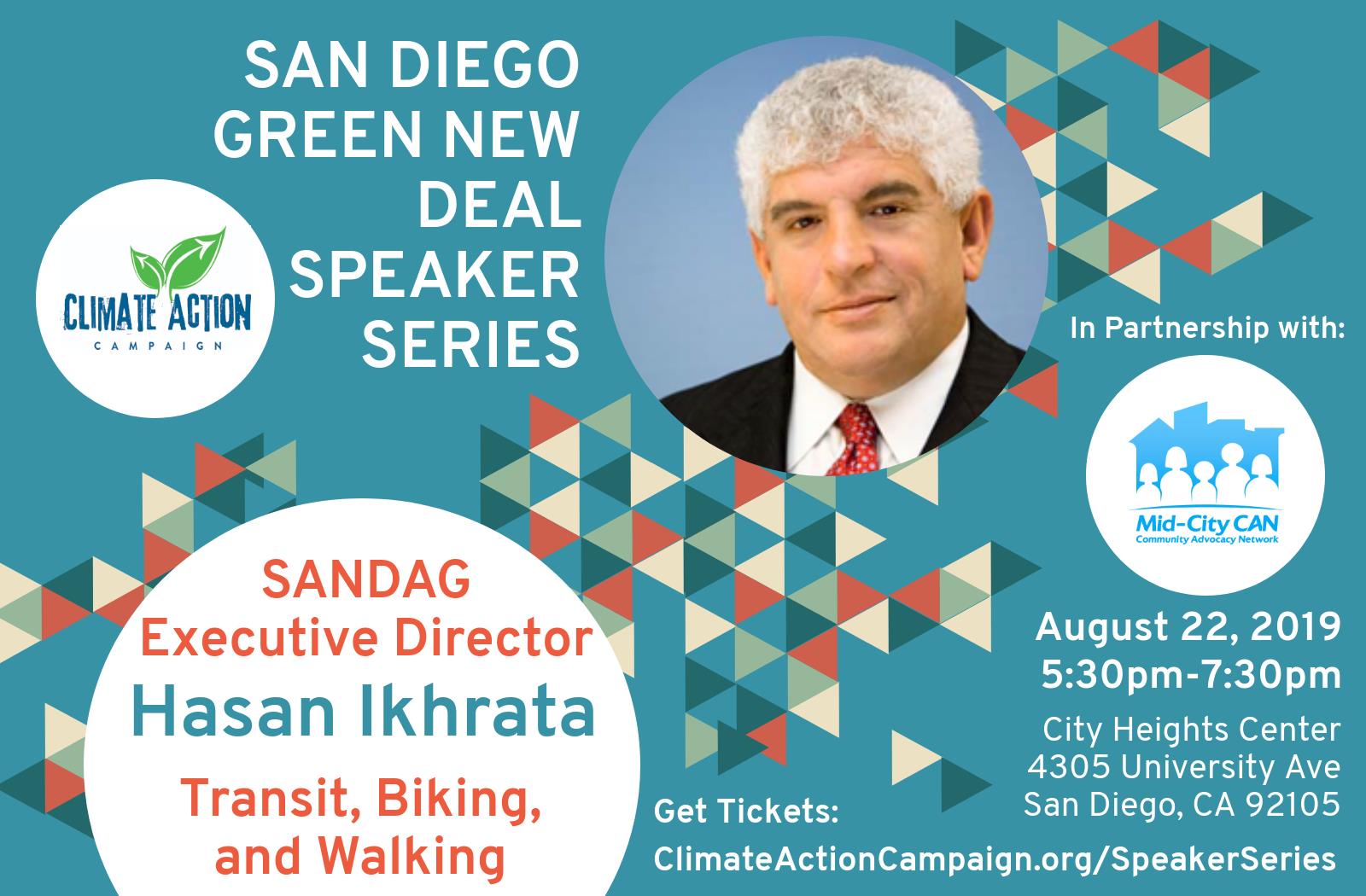 Considered one of the preeminent transportation planning experts in the nation, Hasan Ikhrata is the Executive Director of the San Diego Association of Governments (SANDAG). SANDAG is the leading research, planning, and transportation agency for the San Diego region. The agency builds consensus; makes strategic plans; obtains and allocates resources; plans, engineers, and builds public transportation, and provides information on a broad range of topics pertinent to the region’s quality of life. Agency policymakers are elected officials from each of the area’s 18 cities and the county. Mr. Ikhrata leads a staff of about 350 professionals who develop public policy initiatives for elected officials on numerous issues encompassing population growth, transportation, environmental management, economic development, municipal finance, binational coordination, and public safety.

Mr. Ikhrata has over 30 years of public and private sector transportation planning experience in the region. As Executive Director of SANDAG, he directs day‐to‐day operations of the agency and implements policies set by its governing board. In addition, Mr. Ikhrata is the Chief Executive Officer of the SANDAG Service Bureau, the nonprofit public benefit corporation chartered by SANDAG.

Mr. Ikhrata is an adjunct professor in the business school at California State University, Northridge.