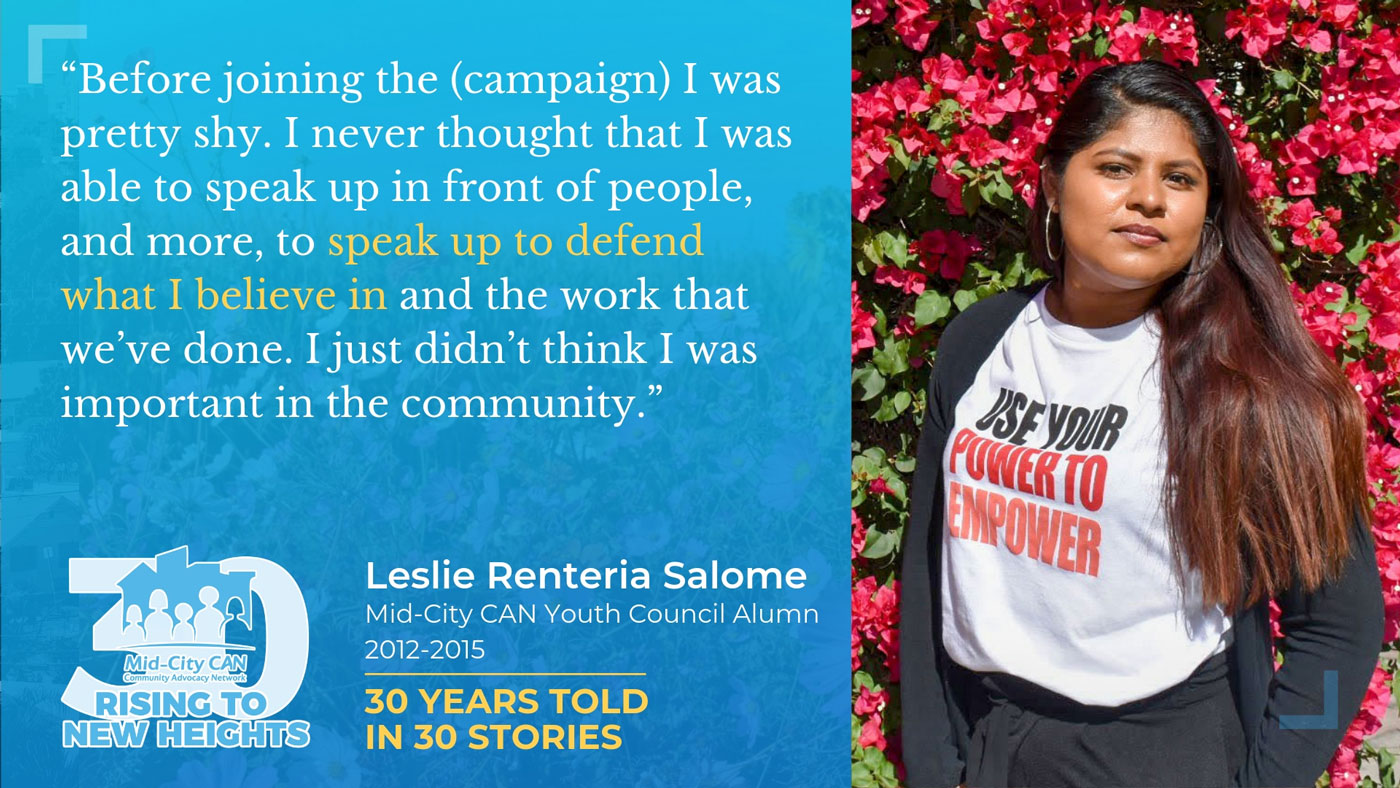 "The most powerful example of this kind of work, Ross said, is a youth-led campaign to bring a skate park to City Heights. After years of lobbying elected officials, the youth have the funds they need and are in the design phase.

On a recent evening, they met with park and recreation staff to dream up the perfect park, cutting out renderings of rails and ramps and assembling them on a map of the park like dresses on a paper doll. Their work was interrupted by adults who own homes near the proposed park site and aren’t sold on the plan.

The room grew tense as the homeowners shouted things like, “Skate parks belong in industrial areas!” and “You don’t come into somebody else’s space without asking first.” The room calmed as a soft, but confident voice in the back of the room offered to show them a report that might allay their fears – an impact assessment suggesting the park is likely to decrease crime in the area. The voice belonged to 17-year-old Leslie Renteria.

“Before joining the (campaign) I was pretty shy. I never thought that I was able to speak up in front of people, and more, to speak up to defend what I believe in and the work that we’ve done. I just didn’t think I was important in the community,” Renteria said.

Through her involvement with the skate park campaign, Renteria said she realized she wants to become an urban planner so she can continue the work she and her peers have started in City Heights."

Leslie’s leadership in Mid-City CAN's Youth Council is a reminder of how the action of one can POSITIVELY impact the future of many.

Help Mid-City CAN continue to develop leaders and build a happier, healthier future in City Heights and beyond by making a donation today.

Your support makes a difference!