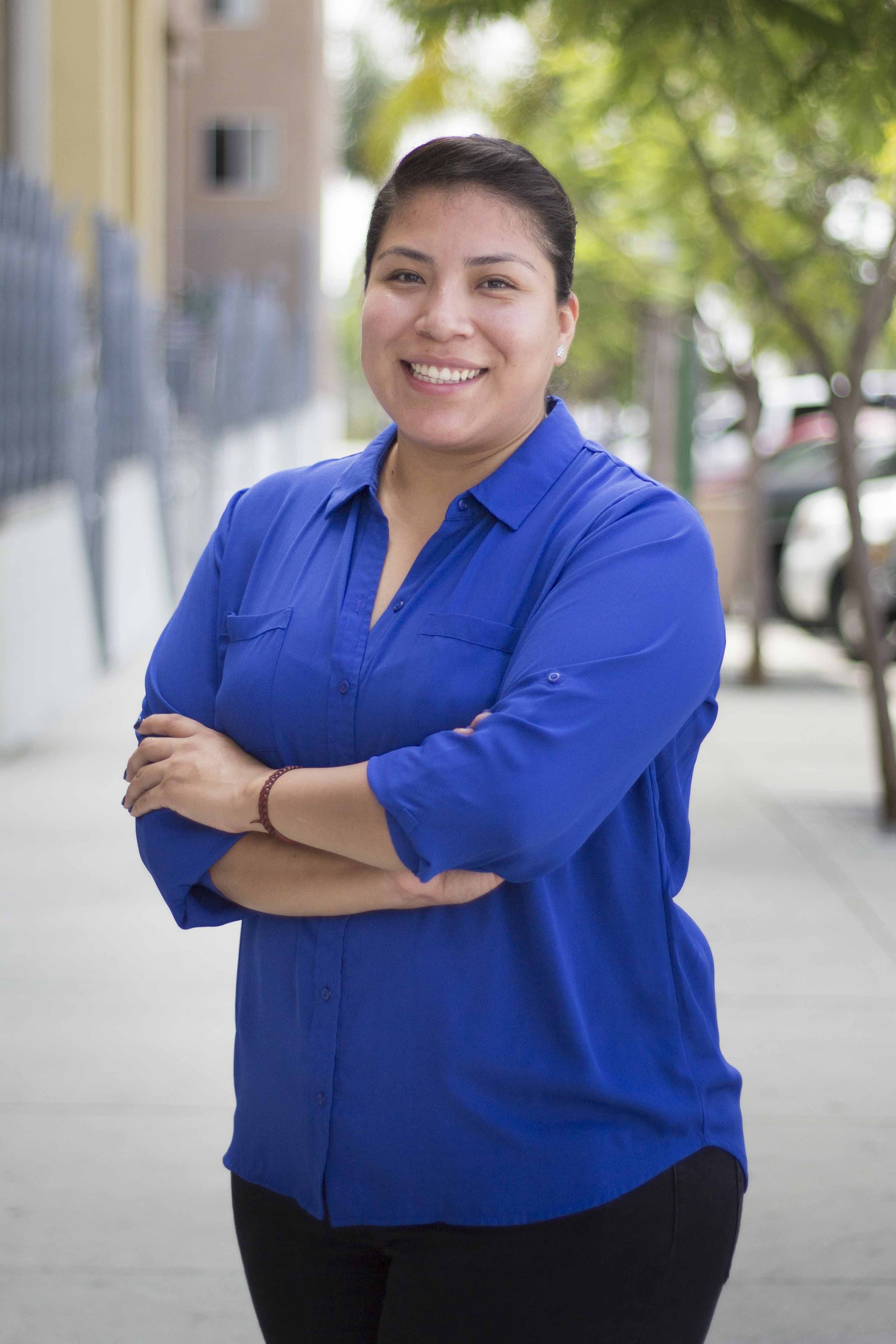 Brenda Diaz is originally from Tijuana, Mexico but now resides and works in City Heights. As the Civic Engagement Manager, she trains and coordinates volunteers, allies, and a field team to educate voters and community members to become active and stay civically engaged. She helps mobilize voters from a low-voting propensity community to participate in the democratic process. Brenda’s inspiration comes from her nephews and nieces. In her free time, she enjoys reading, photography, and designing in Photoshop. 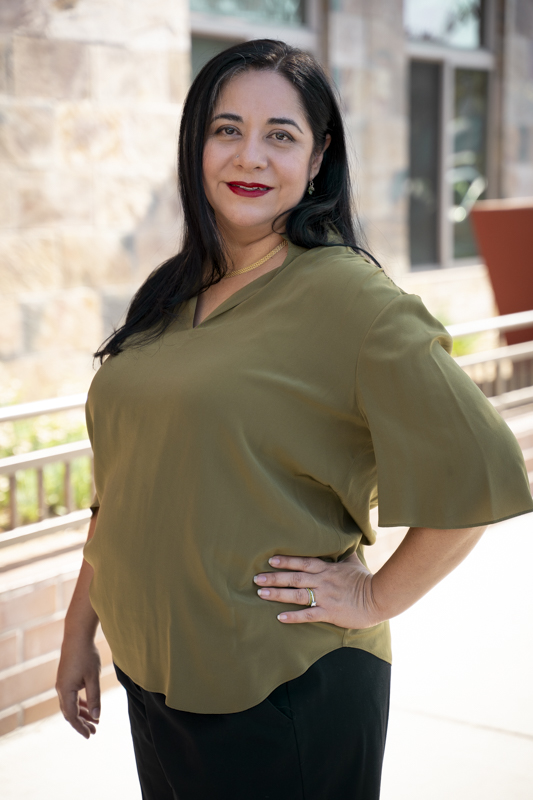 Diana Rodriguez Ross is the Executive Director at the Mid-City Community Advocacy Network (Mid-City CAN) in the San Diego, California community of City Heights. Mid-City CAN is a community collaborative of thousands of residents of City Heights and non-resident allies in the fields of nonprofit, government, and faith. Mid-City CAN focuses on building community power and developing resident leaders to advocate for change. Under Diana’s leadership Mid-City CAN has executed successful community organizing campaigns to establish the San Diego Region’s first no-cost youth bus pass, increase recreation through Skate Parks, improve school lunch nutrition, and restorative justice programs to provide alternatives to the incarceration and punitive discipline practice affecting Black and Latino youth. Diana is routinely cited by mainstream local and national media, including but not limited to: KPBS, Univision, UT San Diego, Voice of San Diego, Network Television, and Healthy California.

Prior to Mid-City CAN Diana led collaboratives and coalitions in the communities of Southern California and Mexico. She worked with the Los Angeles Refugee Immigrant Training Employment program in Los Angeles, US-Mexico Bilateral Safety Corridor Coalition (a bi-national anti-human trafficking collaborative), and the San Diego Refugee Forum. In addition to her work with collaboratives, she is the former Director of Refugee Employment Services in City Heights and began her career in multi-country medical camps with Rotary International’s Polio Plus program in Ethiopia and Nigeria.

Diana has college honors and a bachelor’s degree from the University of California, Los Angeles in Sociology and International Development where she was also awarded the prestigious Riordan Fellowship at UCLA’s Andersen School of Management. Diana has a master’s degree from the University of San Diego in Nonprofit Leadership and Management. She is a former Rotary International Ambassadorial Scholar at the American University in Cairo, Egypt. In 2010 she received the Springfield College School of Human Services Community Service Award for demonstrating leadership in service to humanity and was recognized in 2012 by the California State Assembly for her work on legislation promoting health equity and improving women’s lives. She is a National City native who speaks fluent English, Arabic, and Spanish. 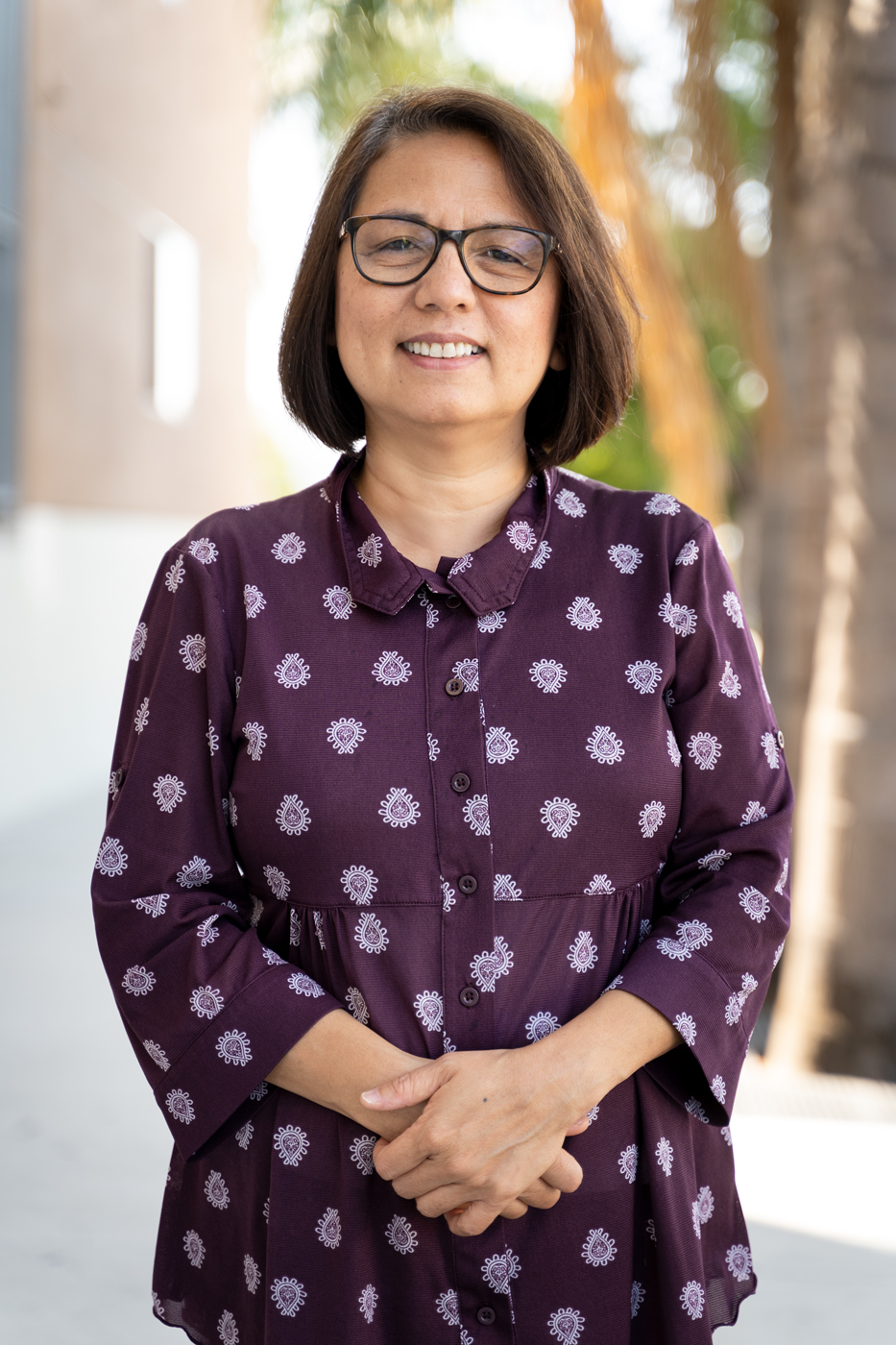 Ester Herrera is originally from Manila, Philippines. She completed her B.A. at the University of the Philippines in Diliman, majoring in Sociology because she has always wanted to understand how global economic systems perpetuate poverty in developing nations, such as the Philippines. Her eventual migration to the US brought her to San Diego where she began her career in the nonprofit sector, starting out as a case manager in a Child Abuse Prevention and Intervention program serving newly arrived immigrants in the Asian and Pacific Islander communities. She then worked at Catholic Charities of San Diego for more than a decade, initially as an employment case manager for the CalWORKs Welfare-to-Work program, then eventually assumed various leadership roles: Quality Assurance Supervisor, Program Manager, Director of Employment Services, and Operations Manager of Refugee Services. She worked towards her master’s degree in Sociology at San Diego State University while keeping a fulltime job, an experience she found equal parts challenging and exhilarating. She also briefly taught a Human Diversity course at the Azusa Pacific University. Her interest in socio-economic justice led her to the East Coast where she lived in Hyde Park, New York for six years to work in a social enterprise that is part of a project called Economy of Communion. For Ester one of the amazing things about working at Mid-City CAN is seeing how institutional and systemic change is made possible when a community rises up as one and realizes its power. Another is the opportunity to work with a team of passionate and committed people who also are fun and funny! In her free time, Ester likes to spend time with family and friends, travel, and read. 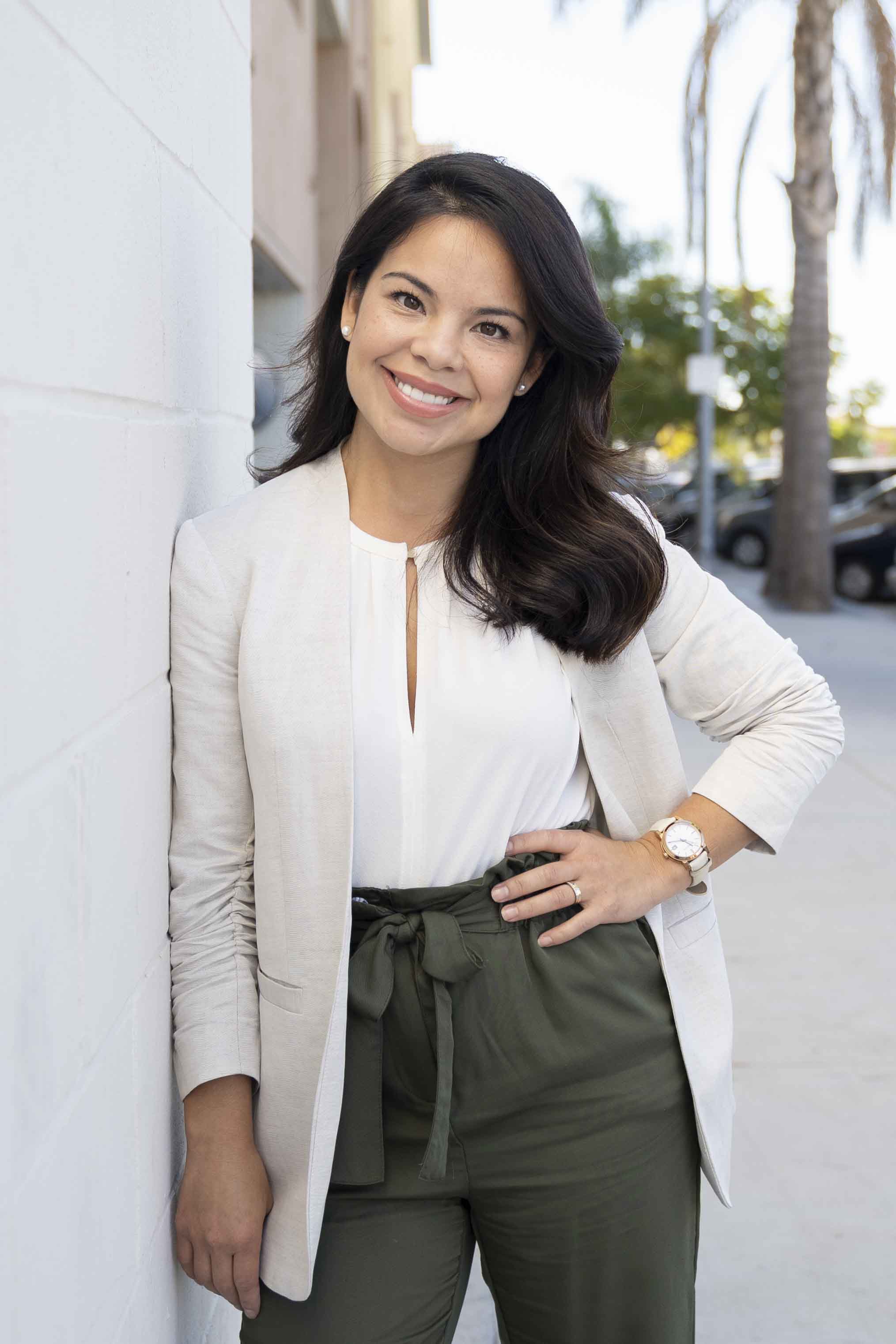 Chloe joined Mid-City CAN in October 2018 as the Director of Development launching the organization’s first formal fundraising and stewardship efforts. As a member of our leadership team, Chloe is keenly focused on growing the organization’s support base and elevating its position within the philanthropic sector. In addition, she encourages local and national foundations and donors to take advantage of their unique position by taking a leadership role on important societal issues.

With almost two decades of experience working with nonprofits, and a BS in Organizational Leadership from Azusa Pacific University, Chloe’s career goal is to be a social change agent, empowering others through the act of giving, while working to create a happier healthier society for generations to come.

During her free time, she enjoys spending quality time with her husband and being a goofy mom to her two daughters, Ava and Belle. 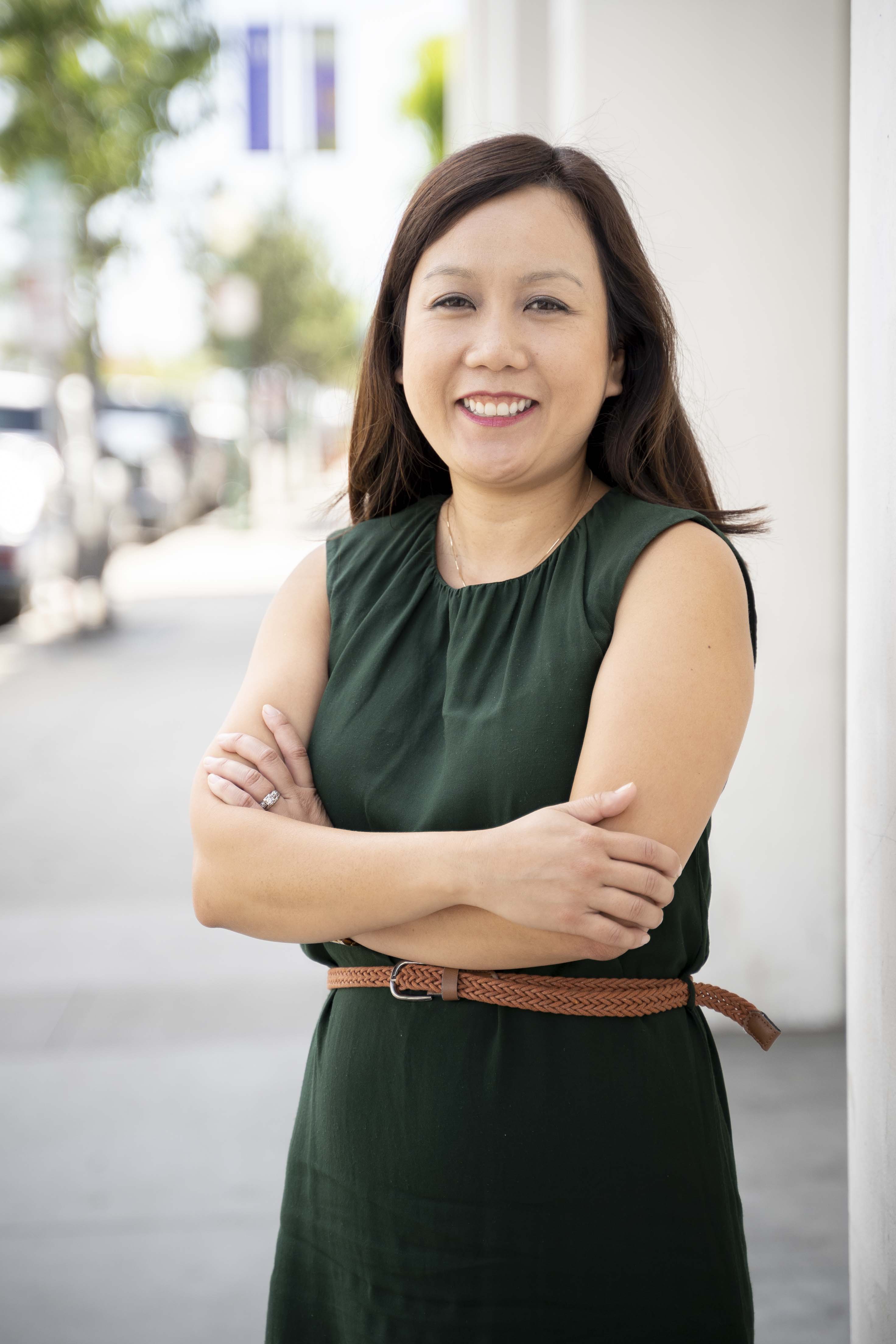 Trinh Le is one of five children from a Vietnamese refugee family and grew up in a low-income, immigrant, single-parent household. She holds a dual bachelor’s degree in Sociology and Asian American Studies from UCLA. She has organized in many diverse communities in Los Angeles, the Bay Area, and the Mississippi Gulf Coast before coming back to San Diego. She has worked for the Little Saigon Foundation, Pacific Arts Movement, ACLU, and the Center on Policy Initiatives before joining Mid-City CAN as the new Organizing Director.

Trinh has been on the board of the National Asian Pacific American Women’s Forum (NAPAWF) San Diego chapter, Mid-City CAN in City Heights, and the San Diego Leadership Alliance. She is currently on the board of Asian Solidarity Collective and Viet Vote. She received “Most Valuable Organizer of the Year,” award in 2013 by the New Organizing Institute, a commendation by the City of San Diego Human Relations Commission in 2015, and was one of the eight recognized “Present Day San Diego Women Civil Rights Leaders” by Rise San Diego in 2017. She recently earned her Master’s in Nonprofit Leadership and Management from the University of San Diego. When she has free time, she is either spending it with her family and friends, at the dog beach, tending to her succulent garden, doing yoga, or catching Pokemon 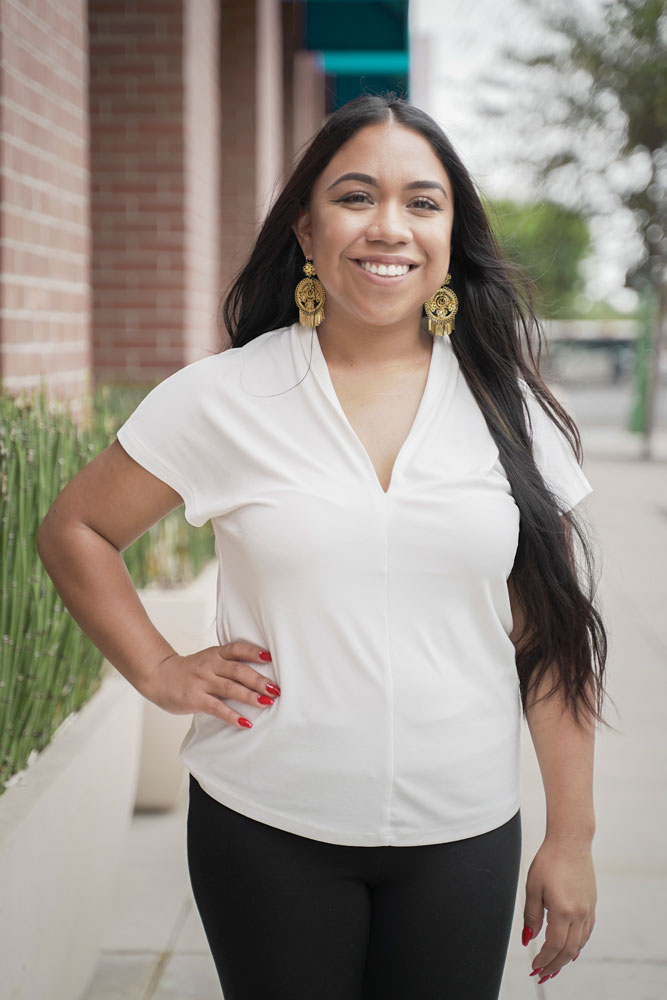 Ariana was born and raised in Southeast San Diego. Being a child of immigrant parents has influenced her passion for human rights, social justice, and community advocacy. In grade school, Ariana learned more about complexities about the institutional injustices that her community faces every day, which is why she decided to dedicate her career to social change. Ariana received a B.A. in Latin American and Latino Studies and Politics from the University of California Santa Cruz. At UCSC, she was part of the Chicano Latino Resource Center and student-led organizations that served Chicano and Latino populations through programming efforts to raise awareness of the social, political, economic, historical, and cultural realities of our community. Ariana came back to San Diego in 2017 to give back to her community. Before becoming Youth Organizer, Ariana was a Team Lead under Mid-City CAN’s Civic Engagement Team and Domestic Violence Counselor at the YWCA of San Diego County. In her spare time, Ariana likes to travel and go to music festivals. 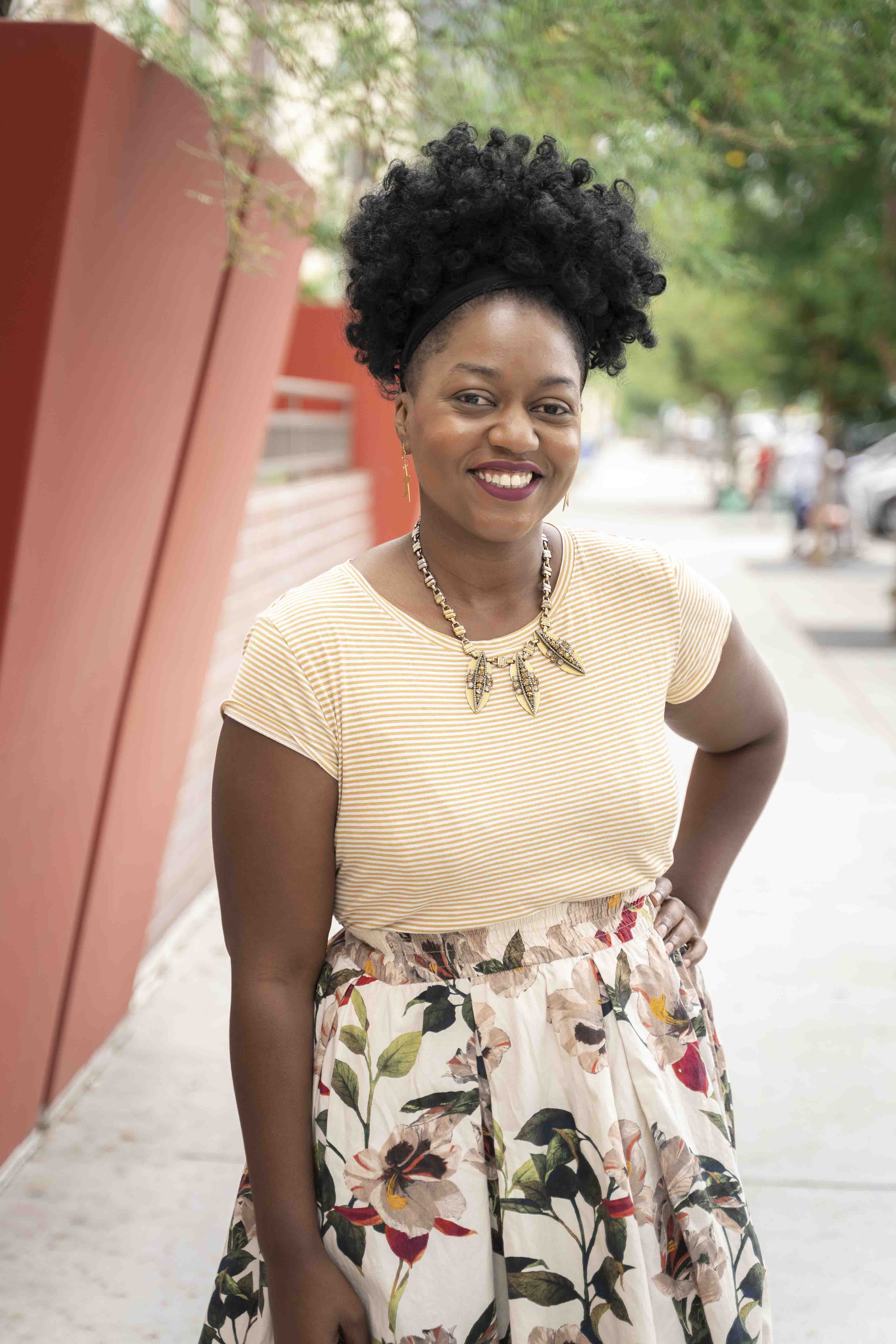 Kendall joined Mid-City CAN August of 2017 as the Administrative Assistant. She enjoys her work of supporting the Mid-City CAN team in various capacities. Kendall received her undergraduate degree from San Diego State University and is currently receiving her master’s degree at Azusa Pacific University.  She see’s a pressing need for mental health services for people of color and hopes to be able to provide affordable therapy and mental health services to communities of color especially children and their families.  When she is not studying, providing therapeutic services, or working at Mid-City CAN, you can catch Kendall hanging out with her daughter Riley Rae and husband Richard (usually finger painting). She also loves to plan parties and enjoy all things Disney! 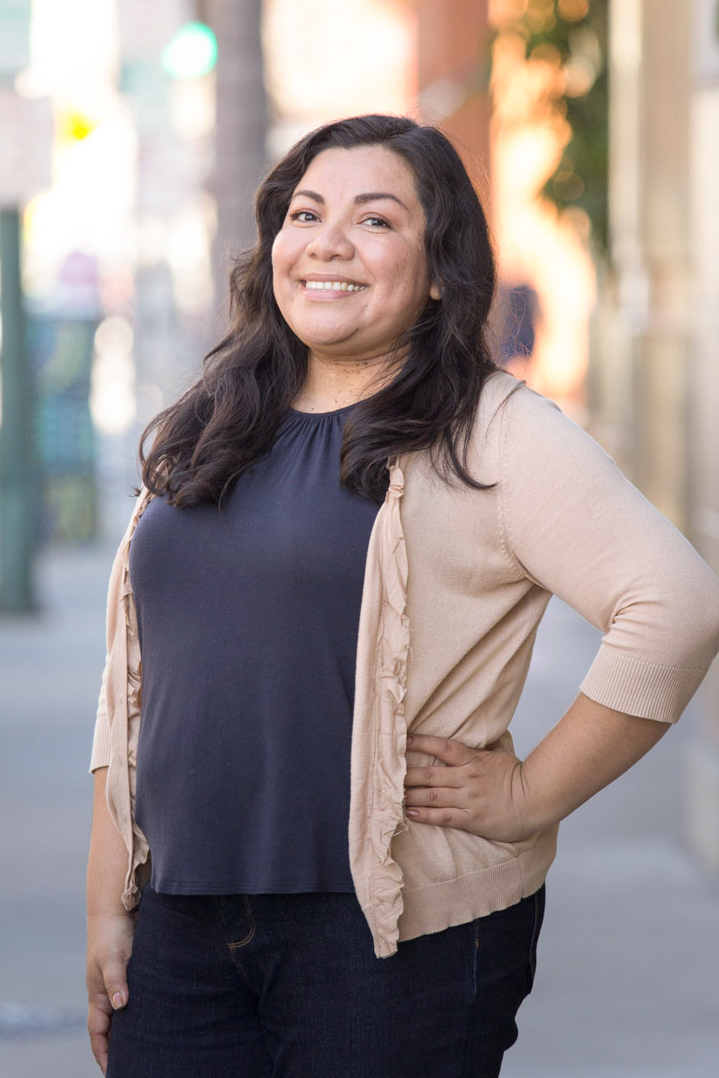 Consuelo Martinez is a southern California native and currently resides in Escondido, CA where she grew up. She holds a dual bachelor’s degree in Political Science – Global Concentration and Women’s Studies from California State University San Marcos. Consuelo is passionate about social justice and her community and has been organizing in the region for 18 years.  A former Commissioner for the City of Escondido’s Community Services Commission, Consuelo has also served in various leadership capacities for numerous nonprofit and political organizations throughout San Diego County.  Consuelo is an alumna of Hispanas Organized for Political Equality (HOPE), Leadership North County, San Diego Leadership Alliance/New Leaders Council and Emerge California.

Since the summer of 2015, Consuelo has worked as a Leadership Development Specialist at Mid-City CAN where she works with residents to build power and develop their leadership skills via the Resident Leadership Academy and Mid-City Boards & Commissions Leadership Training. In November of 2018, Consuelo was elected as Councilmember in her hometown of Escondido. Consuelo is invested in long-term social change in our region and ensuring our leaders are representative of the communities they serve. 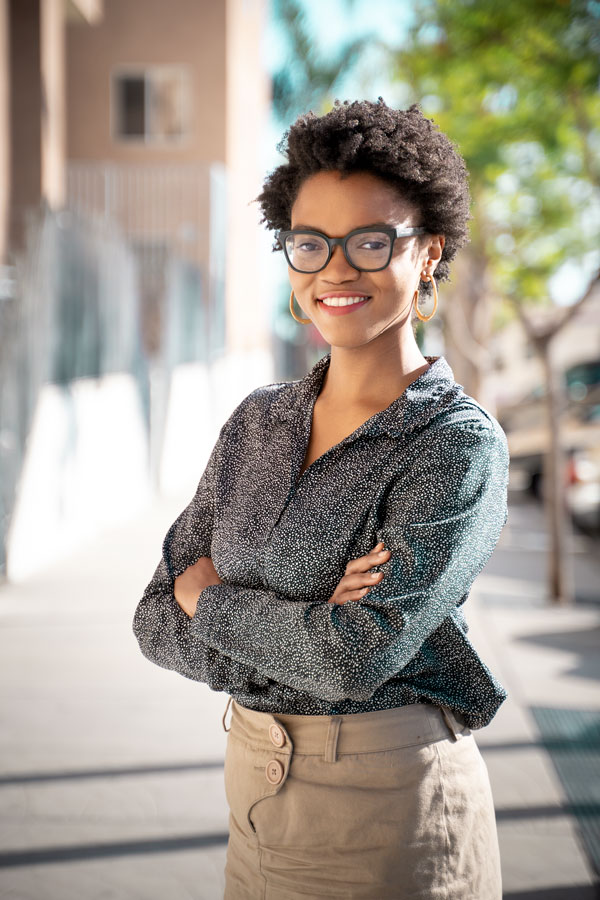 Imani Marshall is a proud Chicago native and new San Diegan. Both places have taught her about the intersection of identity, power, health, and place that she studied as a Political Science major at Amherst College. Before Mid-City CAN, as a Bill Emerson Nation Hunger Fellow, Imani developed programs and conducted research to improve low-income mothers’ access to breastfeeding support and healthy foods and WIC’s national participation and retention rates. Now, as Mid-City CAN’s Evaluation and Learning Analyst, Imani applies her evaluation skills to support Mid-City CAN's programs, organizing, and advocacy. She hopes her work will support residents leading positive change in City Heights. After work you can find Imani sketching, nurturing her burgeoning fascination with anime and Harry Potter or exploring San Diego. 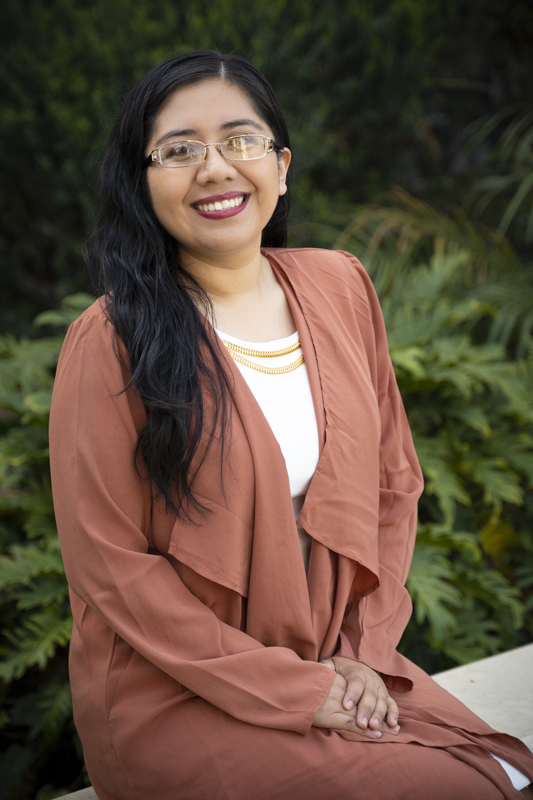 Belén Hernández García is originally from Oaxaca, Mexico and calls San Diego home since the age of seven. She graduated from the University of California, San Diego with a dual bachelor’s degree in Political Science and Urban Studies & Planning. As the Policy Advocate, Belen collaborates with local and statewide stakeholders to advance Mid-City CAN’s campaigns and policy priorities.

While studying at UC San Diego, Belén worked for the Raza Resource Centro and Undocumented Student Services. She was also the recipient of three research grants and conducted projects in the United States on the impact of immigration policies and abroad on education equity. She had the opportunity to intern at the U.S. House of Representatives in 2017 and the California State Assembly in 2018. For many years, Belen has also worked with faith-based groups and youth invested in the betterment of their community. In her spare time, Belén enjoys spending time with loved ones, reading, and exploring the outdoors. 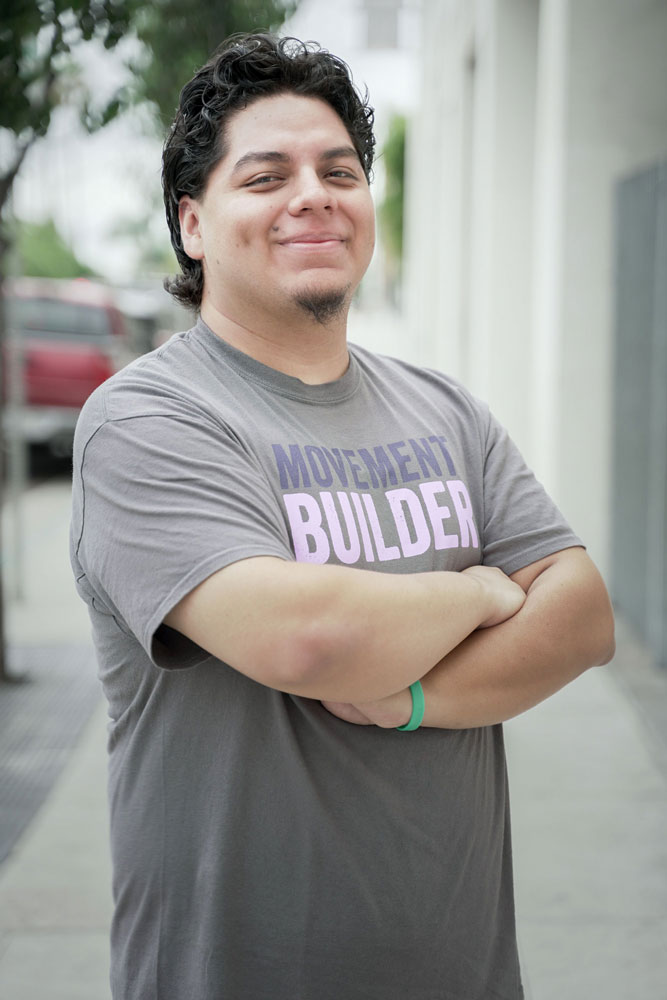 Victor Ponce is a first-generation Mexican American born in San Diego. Raised by his mother with the help of a few others, he has come to embody the saying "it takes a village to raise a child." City Heights greatly shaped Victor’s character. With the support of his teachers at Crawford, he was accepted into San Diego State University (SDSU) where he graduated with a degree in Public Administration. While a senior at SDSU interned at Metro Community Ministries. This is where he began his devotion to changing the narrative of underserved youth and the community. While at Metro Community Ministries, he worked with youth impacted by the criminal justice system. He helped the youth achieve self-sufficiency and become contributing members of their respective communities. Currently, Victor works within the City Heights community as a Neighborhood Captain at Mid-City CAN. He also works with Mid-City CAN’s Youth Council helping them push forward their campaign. In his free time, Victor enjoys watching the latest movies with his friends as well as attending Lowrider car shows.