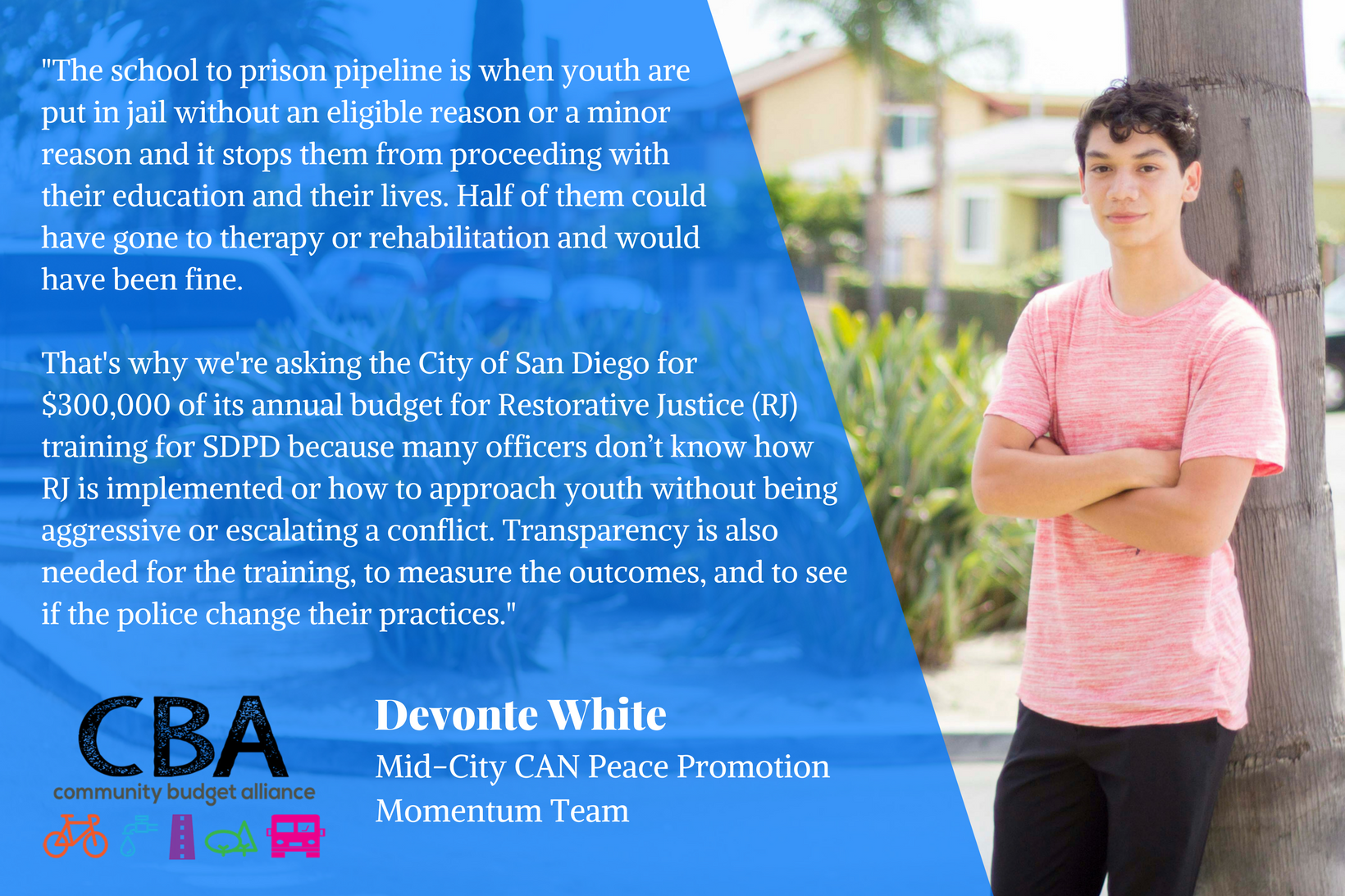 At the upcoming Budget Teach-In, we'll review what's on the mayor's proposed budget and will prepare for the evening budget hearing. Click Here to RSVP

The Community Budget Alliance (CBA) is a coalition of community residents, faith leaders, policy advocates and working families coming together to ensure that the San Diego city budget reflects the needs of all San Diegans. As part of the CBA, Mid-City CAN advocates for funding and policy changes that will have a major impact on the quality of life of the most negatively impacted individuals, families, and communities.

Mid-City CAN commends Mayor Faulconer for his proposed budget which allocates funding for the creation of a new sustainability department to implement the Climate Action Plan, for designating $18 million towards the Vision Zero mission of making streets safe for pedestrians, and for not cutting funding to services like parks and recreation and libraries. We also call on the mayor to fund infrastructure that makes the busiest and most dangerous intersections in District 9 safer.

The City of San Diego’s 2014 Citywide Pedestrian Collision Analysis found that people in economically disadvantaged neighborhoods are 10 times more likely to be hit by cars while walking than people in other neighborhoods. Improving lighting, sidewalks, crossings, and bike lanes increases active transportation safety.

Mid-City CAN and our CBA partners are working hand in hand with residents from various communities to host a series of educational Budget workshops and we're currently meeting with councilmembers to ensure they listen to our communities' needs. Councilmembers have the opportunity to review the mayor's budget in May and advocate for CBA priorities before Mayor Faulconer presents his final budget for a vote by the council in June.

We met with the new chief of police, Chief Nisleit, who supports our ask for $300 thousand for Restorative Justice training for SDPD, in particular, for officers serving the mid-city region. We urge our councilmembers and Mayor Faulconer to listen to law enforcement partners that are part of the Restorative Community Conferencing Steering Committee and youth to fund training for SDPD to more effectively work to keep youth out of jail through our restorative community conferencing program.