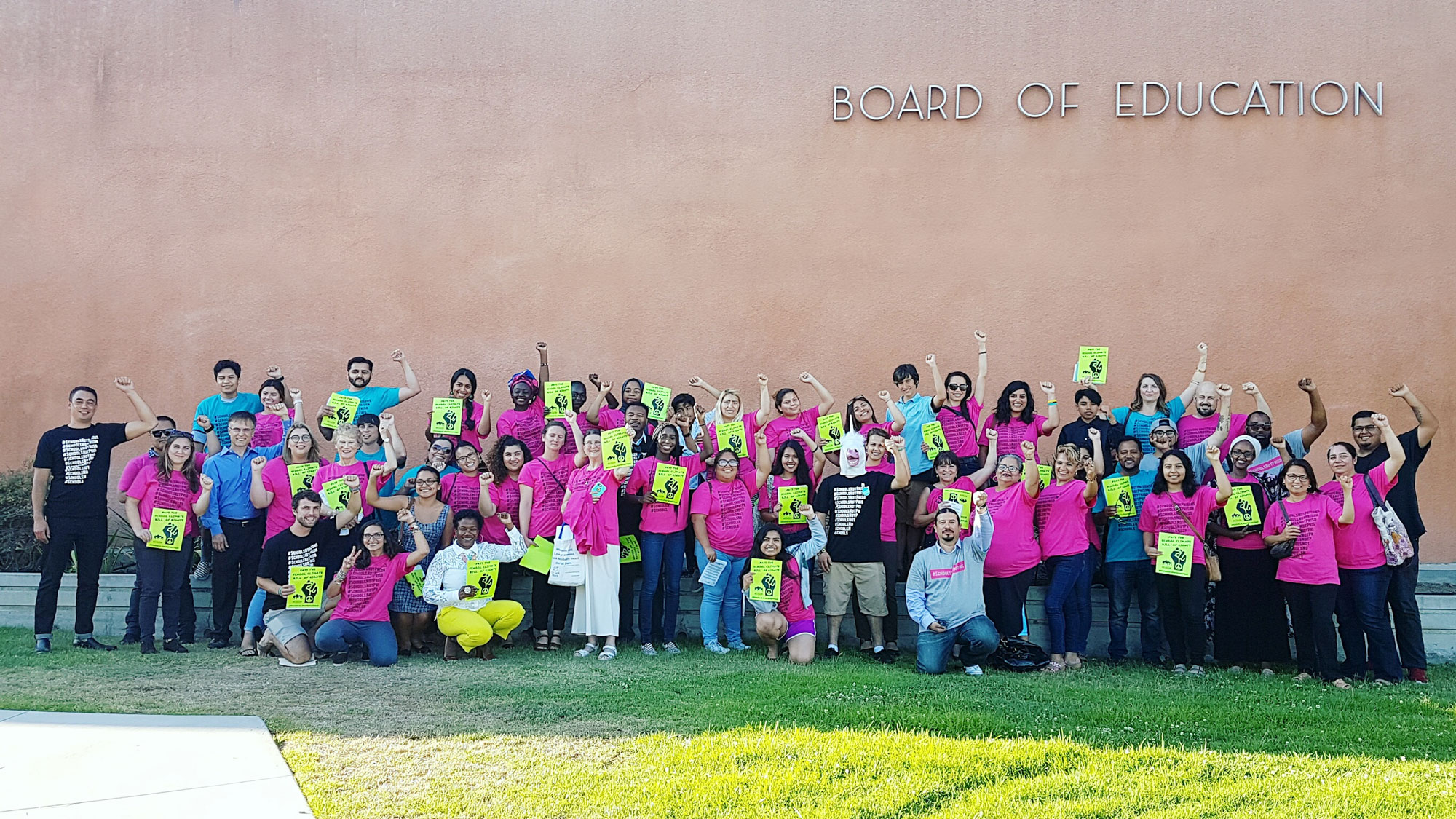 We believe our youth must be the ones who dream and build the future.

The Issue and our Current Campaign

Youth who are involved with the juvenile justice system are more likely to be involved in the adult criminal justice system, with similar disparities occurring. In the end, black men in California are 5.5 times over-represented compared to the general population, and Latinos are 2.9 times overrepresented. Perhaps this is why the Private Prison Industry is reported to use a forecasting formula that bases future facility needs on the reading scores of 3rd-grade boys of color.

It is important to recognize this problem is the result of hundreds of years of systemic and institutional racism and there is no single policy that will dismantle the school-to-prison pipeline. However, we can take important steps to keep as many young people out of jail as possible. One such step is Restorative Justice.

What is Restorative Justice?

Restorative justice invites a fundamental shift in the way we think about and address crime. Restorative justice is a theory of justice that emphasizes repairing the harm caused by criminal behavior. It is best accomplished through cooperative processes that include all stakeholders. This can lead to the transformation of people, relationships and communities.

This alternative model asks: 1) Who was harmed? 2) What are the needs of those affected? and 3) Whose obligation is it to meet those needs? Thus, restorative justice differs from the adversarial legal process because the latter focuses on the actions of the person who caused harm, while the former prioritizes the people and relationships harmed.

Restorative Justice is a process to "make things as right as possible" which includes: attending to needs created by the offense such as safety and repair of injuries to relationships and physical damage resulting from the offense; and attending to needs related to the cause of the offense (addictions, lack of social or employment skills or resources, lack of moral or ethical base, etc.).

Restorative Justice is a worldwide phenomenon and is being successfully employed in a wide variety of programs throughout the United States.

The Restorative Community Conferencing (RCC) is an RJ pilot program established in 2013 by Mid-City CAN’s Peace Promotion Momentum Team designed to address certain youth offenses in City Heights. The program proved to be such a resounding success in addressing harm and keeping youth from being incarcerated, that it was expanded to South East San Diego, Lemon Grove, Spring Valley, and Barrio Logan. Public resources should be utilized to fund RJ programs like the RCC throughout San Diego because they have been proven to work effectively. 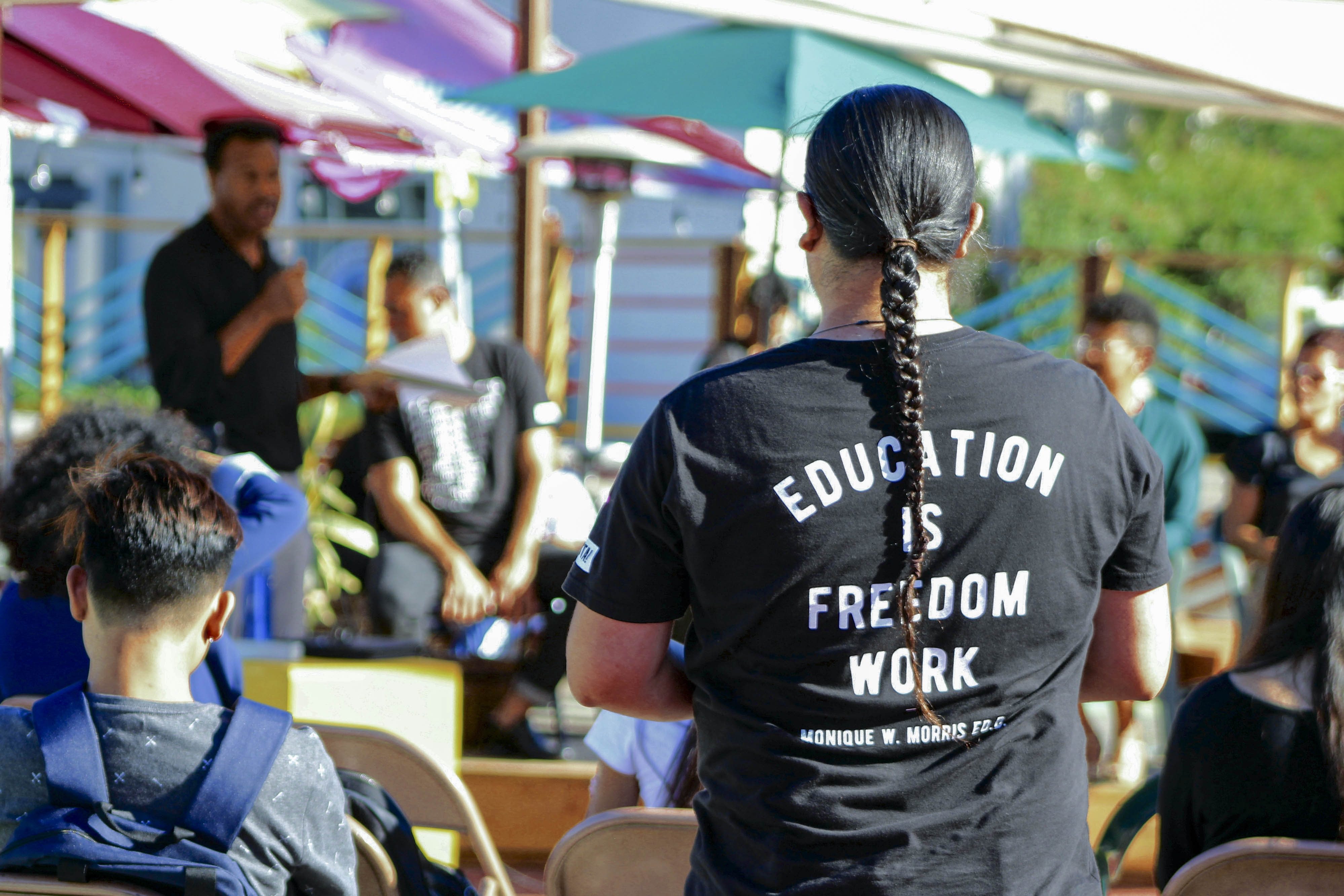 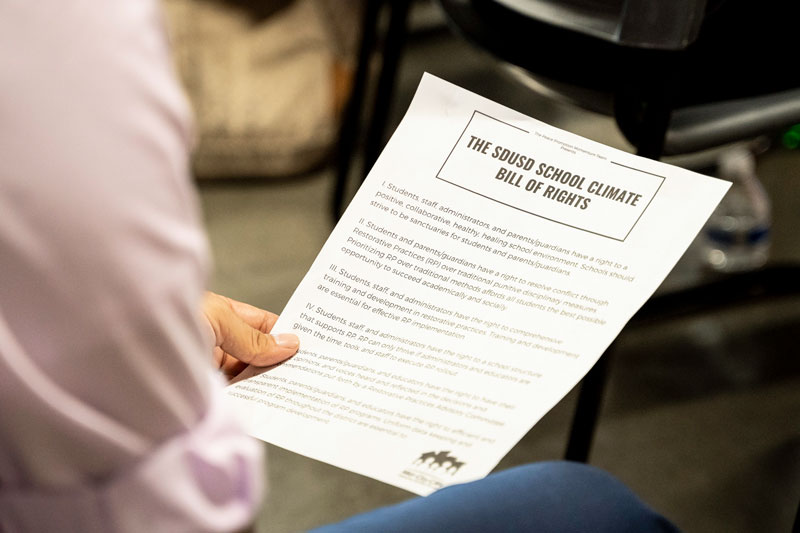 In 2017, the Peace Promotion Momentum Team won a major victory for youth throughout the city, when the San Diego Unified School District unanimously passed the School Climate Bill of Rights. This historic document set the foundation for what we hope will be a monumental shift in how our schools operate.

Who should join the team?

Interpretation and childcare services are provided at meetings upon request. Languages available for interpretation include Spanish, Somali, Karenni, Burmese, and Vietnamese. If you speak another language, please do not hesitate to reach out to us and we'll do our best to find an interpreter in a timely manner. Please contact us below with any interpretation and/or childcare requests.