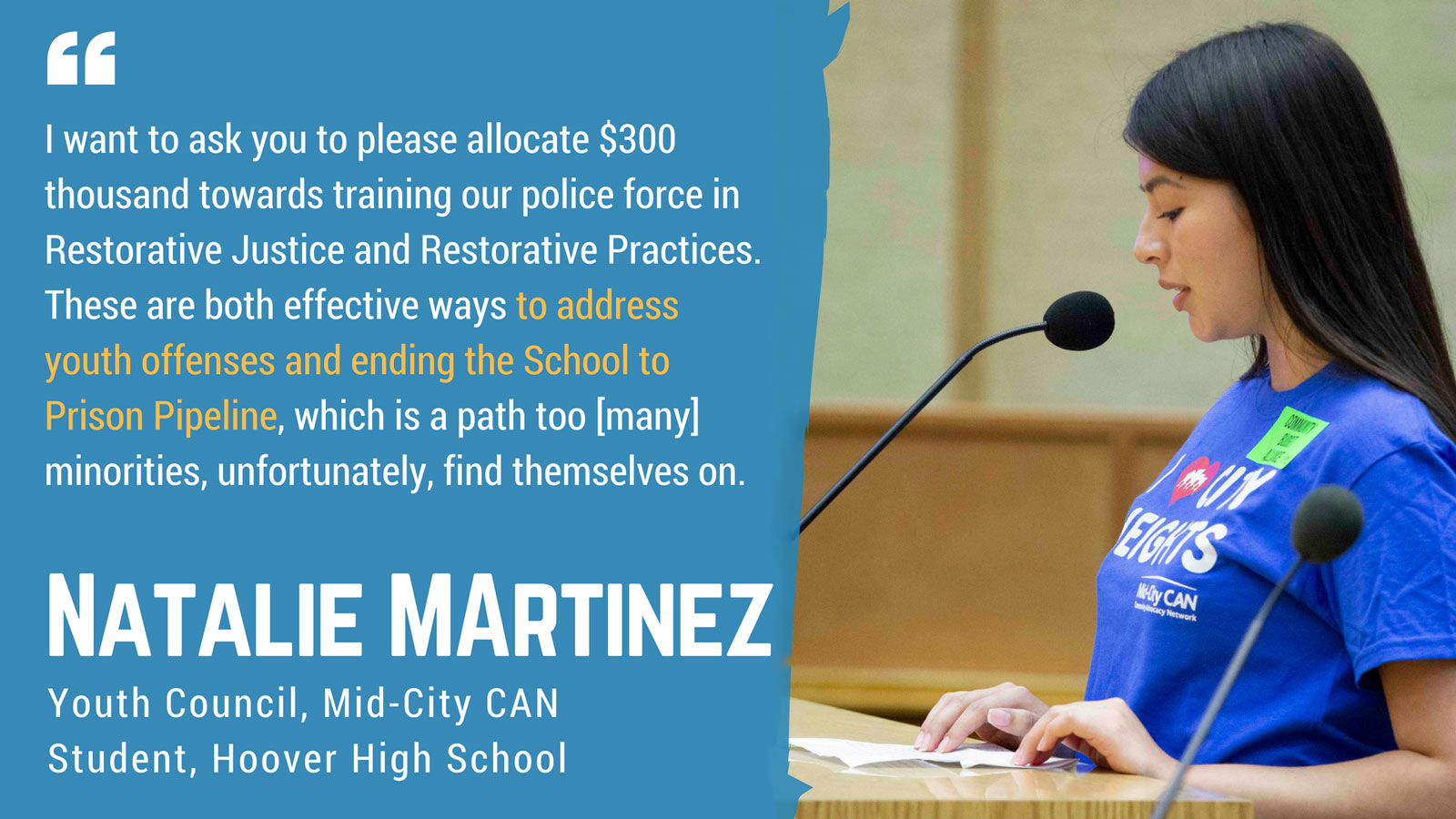 We commend councilmembers Gómez and Ward for including in their joint budget memo to the mayor our ask of $300 thousand for restorative justice training for police officers serving the Mid-City region. We would like to thank them for listening to the young people of City Heights working tirelessly to keep youth out of jail and in their schools, homes, and community where they can learn, grow, and develop. We would also like to thank Chief Nisleit for supporting Mid-City CAN in seeking additional training on restorative justice for his department.

Now that SDPD is part of the Restorative Community Conferencing program, we urge Mayor Faulconer to include in his final budget to be released on June 13, a budget allocation of $300 thousand to better prepare SDPD to serve the community through the restorative justice program.